A Personal and Professional Update

While I probably should be writing my reviews of "Slumdog Millionaire" and "The Curious Case of Benjamin Button," I interrupt this semi-fallow blog not-quite-in-progress for a wee bit of a personal announcement...

I started at Zap2it in February of 2003 and will remain friends and allies with my former colleagues from Zap2it. I think we've made a pretty great site.

Beginning Monday, Dec. 1, I'll be starting a new gig as Executive Editor (putting it in caps makes me feel special) and All Around TV Guy at a new online entertainment site called HitFix.com.

After six years at Zap2it, it was time for a change, but I wouldn't have made the change for just for any startup or just for any group of people and I believe that HitFix has all of the components necessary to become a destination site for entertainment news and information and analysis. We also have plenty of special features that will set HitFix apart, but part of the joy of getting hype in motion is that you don't want to burn out the buzz too fast! Stay tuned!

We're aiming for a soft-launch of Dec. 15, so join me in knocking on wood. After that point, much of the content that's usually been posted in *this* blog and posted in the myriad Zap2it blogs will become a part of HitFix. That will include reviews, industry commentary and, heaven help me, "American Idol" recaps.

As I said, the HitFix editorial team is a stellar group, including MSN Movies guru Gregory Ellwood, Ain't It Cool legend Drew McWeeny and music insider Melinda Newman. And we have some damned smart people working on the tech, design and business end of things. We're going to be smart, funny, well-informed and timely.

[I also look forward to eventually writing those late movie reviews. Knock on wood there as well.]
Tweet
Posted by Daniel at 8:16 PM 4 comments: 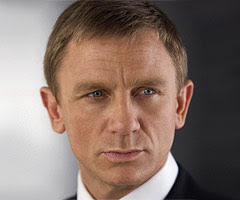