Notes on Bob Dylan, Ray Guy and the Nobel Prize 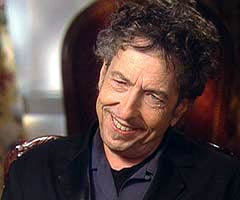 And I can't really feel embarrassed that I don't really the work of the man who *did* win, Jean-Marie Gustave Le Clezio. It sounds like he's an interesting enough guy and I'm sure he's a superior writer.

But I was listening to NPR on Wednesday and one of the anchors was telling people not to expect an American to win, going through the odds from some betting house that said that Phillip Roth and Joyce Carol Oates had the best chances. And the newsreader noted that way down the odds list was Bob Dylan at something like 50:1 and the anchor closed with a snort and said something akin to "We don't know why he's on the list at all."

What now? Snobbery is a built-in expectation when you listen to NPR, but that's ridiculous. Why *shouldn't* Bob Dylan win the Nobel Prize for literature?

My thoughts here after the bump, along with a REALLY strained analogy or two...


I think we get tripped up on the word "literature," as if it means only one things and not a many-faceted thing. Jean-Marie Gustave Le Clezio has apparently written like 30 books, which makes his literary output easy to see. Books are literature. I get that. But the Nobel Prize has also gone to playwrights and poets over the years. Literature isn't restricted to a single discipline and if your basic poet or playwright is engaged in a literary pursuit, why isn't your basic songwriter?

Last week, the Swedish Academy's permanent secretary Horace Engdahl blew his nose at the whole of contemporary American literature, calling it "too isolated, too insular." He accused American authors not translating enough and not participating in "the big dialogue of literature."

Part of the problem, of course, is what whenever we mope and whine about the fact that no American has been Nobelized since Toni Morrison's painfully premature win in 1993, the same Lions of Literature are perpetually mentioned, from Roth to Updike to Don DeLillo. If these are truly the names that the Swedish Academy keeps bringing up every year at Nobel time, maybe they are the ones whose concepts of American literature are actually too isolated and insular. American literature isn't necessarily just white men and Joyce Carol Oates writing the same sort of novels and short stories they've been writing since the '50s. Why, pray tell, are Updike & Roth & Oates the vanguard of American literature, but Bob Dylan is thrown out there as a joke, as a dark horse, as an absurd concept? Why is Harold Pinter a plausible Nobel candidate, but Woody Allen or Stephen Sondheim aren't?

With Bob Dylan, the question is how far you're allowed to stretch your appreciation. Call Bob Dylan America's Greatest Living Songwriter, and you can easily get away with it, without too many arguments. Call Bob Dylan the most important songwriter of the past 50 years and while you might get alternatives thrown out there, few people would call you irrational. But why would it be unfair to call Dylan America's Greatest Living Poet? Why would the intellectual police shut you down for saying he's the country's most important poet of the past 50 years? Is it because he's actually grown rich off of his poetry? Because people of all ages are familiar with it, can quote it, can sing along? Is it because Pulitzer's are "legitimate" awards and Grammys are "illegitimate"?

Is Bob Dylan "too isolated, too insular"? How many artists in how many countries have recorded Bob Dylan songs? How many artists in how many countries have inspired Bob Dylan's songs? He's hardly isolated or insular. And if the Nobel committee likes going all political, how many revolutions and protests have used Dylan as their soundtrack. Is Dario Fo a Nobel Prize winner and Bob Dylan isn't simply because one speaks a foreign language? Because one needs the validation of a Nobel prize and the other doesn't?

Were Bob Dylan to win a Nobel Prize, it would effectively end the dream for Roth and Updike and DeLillo, just as Morrison's win meant that Eudora Welty would never get another shot. The Nobel committee likes to spread its wealth amongst a variety of obscure European writers, so Americans only get a chance every decade or so.

But why shouldn't the Nobel committee acknowledge that there's more to literature in the 21st Century than novelists, the occasional poet and the occasional playwright? It's well-past time for a songwriter or a screenwriter to make the cut.

And Bob Dylan doesn't open floodgates or set a dangerous precedent. He's a unique case, with his nearly 50-year poetic output. Giving Bob Dylan a Nobel Prize doesn't mean you have to then give one to Rob Thomas of Matchbox 20 just because he wrote "Smooth."

I mentioned my ridiculous analogy and here it goes:

Bob Dylan is to the Nobel Prize as Ray Guy is to the NFL Hall of Fame.

If you ask 100 football experts who the greatest punter in NFL history was, odds are than 100 of them would say Ray Guy. He was a first round draft pick (as a freakin' PUNTER), he made 7 Pro Bowls, played in 207 consecutive games, made the NFL's 75th Anniversary team and the award for college's best punter is named after him. Now as long as punters are legitimate parts of NFL teams, as long as teams spend hundreds of thousands of dollars (sometimes MILLIONS) on them, as long as they're eligible to collect NFL pensions after their careers, could somebody please explain to me how somebody who is the greatest in history at his given position is not in his sport's Hall of Fame? There are wide receivers in the NFL who weren't even the best players on their own teams. There's some nattering that if you open the door for Ray Guy, you open the door for any great punter. Nope. You open the door for the GREATEST punter, because whether you like it or not, he played football. At his position, he could have done no more.

That's why you give Bob Dylan a Nobel Prize for literature. Because what he has produced over 50 years is literature and at his position he could do no more and nobody has ever done better.

And if the NFL Hall of Fame lets in Ray Guy and some guy now punting becomes so obviously the best at what he does that he enters into the Hall of Fame discussion, you trust that voters can tell the difference between good and great and greatest.

It's like what has happened with the Baseball Hall of Fame and relief pitchers. When Hoyt Wilhelm made it in 1985, it was a remarkable thing. When Rollie Fingers made it, it was as much for his moustache as for his saves. Now you add Dennis Eckersley and Bruce Sutter and Goose Gossage and suddenly the Hall of Fame is full of relievers. But we trust that voters know what a Hall of Famer looks like and that there's a reason why Mariano Rivera and Trevor Hoffman probably *will* be Hall of Famers and Lee Smith and Jeff Reardon won't.

Anyway, all I'm saying is that the NFL Hall of Fame wouldn't lose anything from inducting Ray Guy and the Nobel Prize committee would do well by actually giving Bob Dylan serious consideration.