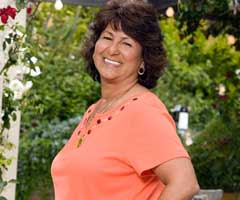 [Targeted launch date for HitFix.com is now Friday, Dec. 19. Mark your calendars. Tell your friends. Etc. This review is being posted in The Fien Print blog at HitFix, but since it won't be live until Friday, might as well give it a place to live until then...]

NBC's reality show "Momma's Boys" is being dumped into a mid-December wasteland of repeats and holiday specials. Clearly the network is hoping the tiresomely generic series will score big with viewers who can't distinguish between "previous unaired" and "actually original."

The rest of the review after the bump...


Produced by Ryan Seacrest, but bearing much more of the mark of fellow producer Andrew Glassman ("Average Joe"), "Momma's Boys" is a dating show with only the tiniest of twists. Three perfectly amiable himbos -- real estate broker Rob, firefighter Michael and college hockey player JoJo -- are cloistered in a luxury abode on the Santa Barbara coast, where they have to vie for the affections of 32 single women, whose occupations range from doctor to Penthouse Pet (Pet of the Year, no less!). I guess the sheer volume of the hormones could probably be construed as a variation on the theme, though that does less to amp up the tension than to confirm any ongoing suspicions that the women who apply for reality dating shows all look mighty similar.

No, the twist is that the three men are all self-described "Momma's Boys." So Michael may have abs of steel, but he still lives with his mother Lorraine, who also still makes his bed. And Rob's mom Esther describes herself as a stereotypical Jewish mother, an assessment she repeatedly reaffirms with every iteration of the Native Tongue she picked up from a book titled "How to Emasculate Your Son with Yiddish." Lorraine and Esther are clingy and there's something plenty Oedipal about the way they kiss and caress their boys, but they're absolute angels compared to JoJo's mother.

Every good reality show needs a villain and Khalood Bojanowski may be the only reason to tune in to "Momma's Boys." Immediately, without any sign of shame of self-consciousness, she declares that her JoJo can't be with a Jewish girl, a black girl, a child of divorced parents or a tall girl. Without prompting, she notes that she isn't prejudiced, because she has black friends. Khalood also makes the point that she doesn't want any woman going after JoJo for his money, which got an audible guffaw out of me, since JoJo is the show's only bachelor without a career. She's straight out of Central Casting.

Here's the thing: There are plenty of mothers out there whose feelings about embracing difference are identical to those espoused by Khalood, but they know better than to tell it to the camera. They'd be insidious and underhanded and wicked. In short, they'd be subtle. The "Momma's Boys" casting directors, though, went the opposite way. JoJo's mother is such a caricature that she can be easily dismissed, though her absence of guile is nearly refreshing. She and her version of segregation are so virulent that even the perky blonde girls in the house are repulsed when they watch Khalood's hate-spewing sizzle reel.

Because of the way "Momma's Boys" is edited, the premiere episode offers almost no insight into the eponymous boys, nor into the impact their mothers are going to have on this social experiment. Michael, Rob and JoJo are blandly unapologetic about their co-dependent core relationships and outside interests are minimal. All three seem young, callow and generally unworthy of the cream of the dating crop.

An opening voiceover explains that some of the women were selected as dreams-come-true for the mothers, while others were picked as nightmares. But I have a hard time imagining Michael, Rob or JoJo successfully winning the hearts of the more worthy candidates, like assertive Vita, a critical care nurse in the military, or grad student Callie, much less Megan, who looks like Kirsten Dunst, cares for animals and is oddly eager to pick up after the boozing girls. They're more instantly attracted to women like Cara, a singer with the voice of a manatee, whose greatest aspiration is a closet for her lingerie. And while the girls look down their nose at the former Playboy model (back in the Stone Age of 1999) and the Pet hides in shame, you get the sense that the men won't be nearly so offended.

"Momma's Boys" couldn't possibly be entertaining or believable as a vehicle for finding romance, but it may deliver perverse pleasures as we watch the various minority women -- and the cast is admirably diverse -- try to win JoJo's heart just to spite his mother. Ultimately, we suspect that Khalood is going to learn an important lesson about embracing difference, though a nervous breakdown would make for better TV.
Tweet