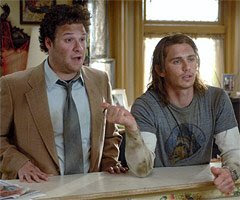 When I first set up the format for my movie reviews, the "In a Nutshell" part of the review actually meant "In a Nutshell," since I was usually writing first quick reactions to movies I'd seen in press screenings and I didn't want to say too much, lest it be construed as an actual, formal, embargo-breaking review. Then, when my concentration moved back to TV, I started to use "In a Nutshell" to stand for "In 2000 Words or So," which is a pretty massive nutshell.

Since I've been frustrated by the backlog of blog reviews I haven't written, though, today I've decided to temporarily return to the nutshell, to the sort of capsule reviews I used to do back when I freelanced for LA Weekly.

So in any case, after the bump, you'll find reviews of "Pineapple Express," "American Teen," "The Wackness" and "Hellboy II: The Golden Army." None of the reviews is longer than 250 words, so they are, indeed, my reactions in a nutshell.


"Pineapple Express"
Director: David Gordon Green
Fien Print Rating: 71
In a Nutshell: For a movie about a pair of stoners, "Pineapple Express" has mighty big aspirations. Well, no. Not "big" aspirations, but "varied." Yeah. That's the ticket. To my mind, the number of things "Pineapple Express" works as outweighs exactly how well, exactly, it does those things. So I liked the pothead aspect of the comedy, particularly James Franco's deliriously committed turn as a low-aspiration dealer. I liked the Judd Apatovian bromance, with Seth Rogen going against type as the straight-man and letting Franco control the comedy in every scene (with a healthy assist from Danny McBride, whose comedy style is like a less desperate Will Ferrell). I liked the obvious admiration for a particular breed of '80s action-comedy, with indie director David Gordon Green showing himself surprisingly capable or orchestrating a rousing car chase. I liked the utterly berserker warehouse climax, the culmination of a triangulated pursuit that occasionally reached Midnight Run-levels of enjoyment. And I liked that even with all of those genre elements in play, Green still gave several key sequences an unformed, unstructured low-budget feel. All that being said, I probably laughed less at "Pineapple Express" than at, say, "Superbad" or "Knocked Up." And I found the main characters and their relationships to be less likeable and appealing than large parts of "Forgetting Sarah Marshall." It's very much a "the whole is not equal to the sum of its parts" movie, but I found it more overall satisfying than, say, "Tropic Thunder" [review pending]. 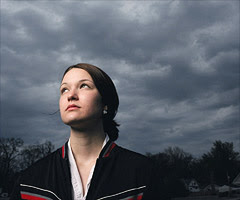 "American Teen"
Director: Nanette Burstein
Fien Print Rating: 58
In a Nutshell: A lot of critics are saying that "American Teen" is more realistic than MTV tripe like "The Hills," which is a bunch of bunk. The word they *mean* to use is "attainable," I think, because "American Teen" is every bit as over-edited, seemingly staged and generally contrived as "The Real Laguna Beach," but since it focuses on middle class white kids instead of rich white kids, critics feel more easily able to relate. Either way, Nanette Burstein's film achieves the somewhat unusual goal of proving that an unscripted movie about teens can be every bit as packed with cliches as a scripted high school movie, making the exact same general points -- high school is a cruel time, kids grow up too fast and our easy encapsulations of stereotypes aren't so useful all -- that John Hughes made over and over again 20 years ago. In the moment, "American Teen" is undeniably compelling, but its over-arced stories and all-too-carefully selected and manipulated characters become increasingly annoying the more you think about them. Burstein lacks the subtlety to leave anything open for debate or interpretation and most viewers will come out feeling exactly the same about every character. The director's goal is universality, but in the process of stripping the high school and the community of Warsaw, Indiana of anything that might be distinctive, Burstein achieves "generic" status instead. Burstein obviously would have preferred to make "Hannah Bailey, An American Girl," which might have been a better movie. 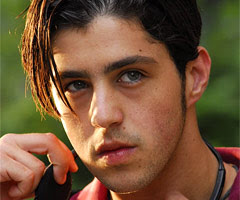 "The Wackness"
Director: Jonathan Levine
Fien Print Rating: 69
In a Nutshell: "The Wackness" won an Audience Award at Sundance, but Sony Pictures Classics has had a tough time convincing audiences at sea level to care. The sad thing is that "The Wackness" isn't some carefully pedigreed art film, it's a very simple, very pleasing coming-of-age story with a vaguely articulated period setting (New York City, 1994), a stoner's sense of humor and a kick-ass classic hip-hop soundtrack. All lazy eyes and slurred speech, Josh Peck is an oddly embraceable lead. He's like the more socially awkward brother of Leo Fitzpatrick's Telly from "Kids," with the key difference being that writer-director Jonathan Levine isn't going for some sort of grand cautionary tale with "The Wackness." This is really just the story of a directionless teen looking to sell pot and lose his virginity over one long-hot-summer, not some "Won't somebody please think of the children!" screed. Replacing anything high-minded with a "Let's get high, listen to Biggie and have awkward sex" ethos makes room enjoy the simpler pleasures like the burnt-out cinematography that seems to capture the heat radiating of the concrete, Ben Kingsley's gung-ho performance as a burnt-out shrink with a dreadful New York accent, Olivia Thirlby's undeniable energy as the young female lead and the sheer weirdness of seeing Mary-Kate Olsen as a hippie. Thinking back on the movie, I found myself a bit interested/concerned/irked by the way it erases any concept of diversity in New York City, but then Craig Mack's "Flava in Ya Ear" came on the soundtrack and I was distracted. "Hellboy II: The Golden Army"
Director: Guillermo del Toro
Fien Print Rating: 61
In a Nutshell: Say this for Guillermo del Toro: The guy throws himself equally into every movie he makes, whether it's a historically rich prestige fairy tale or a comic book sequel. I just wonder what it says about del Toro's growth as a filmmaker that he was so easily able to switch aspirational tracks from "Pan's Labyrinth," my favorite movie of the past five years, to "Hellboy II: The Golden Army." Able to dispatch with the "normal" character (Rupert Evans' Myers) who made parts of the original movie so dull, del Toro is able to plunge back into the "Hellboy" universe with a surplus of visual ingenuity and a paucity of narrative momentum. Del Toro never lacks for memorable sequences: The nasty critters attacking the auction house, the teeming clandestine demon market, the marauding plant spirit and the winged healing seer are as memorable a quartet of creations as you'll see at the movie this year. But it's also hard to imagine any attempted franchise film overcoming a villain as tepid as Luke Goss' Prince Nuada, whose unengaging attempts to take over the Earth lead to the summer's latest CGI-on-CGI climactic battle, as Hellboy goes to war with an army made less of gold than of pixels. The movie's ethos of great ideas that serve no real purpose is embodied by the Seth MacFarlane-voiced Johann Krauss, a Germanic cloud of vapor that seems awesomely innovative at first, but eventually evaporates meaninglessly into the ether.