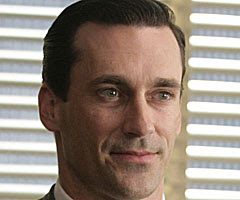 Back in the stone age, before TiVo and 500 channels of cable and before the networks began half-heartedly programming the summer months, it was possible to take a vacation from this job in early August and know that you'd return home as connected to the entertainment universe as you were before.

I've already mentioned how behind I am on movies and this weekend I attend to see "The Simpsons" and "The Bourne Ultimatum," which I view as two of the major stumbling blocks on my road to overall connectivity.

But that makes no mention of the TV I've been catching up on the past five days, shows I'd been in a deficit on for well more than my two AWOL weeks. I've watched seven episodes of "Big Love," six episodes of "Mad Men," three episodes of "Entourage," three episodes of "Damages" and three episodes of "Top Chef." I accepted that I would never catch up on "Big Brother" and deleted all of my DVRed hours (but tuned back into regular episodes). And I know that I still need to watch the last staggering gasps of "John From Cincinnati," though I have the leisure of knowing that that show is finite.

Because at least one reader has expressed frustration at my lack of posting, click through after the bump for my thoughts on some of those shows I've been catching up on. Otherwise, you can just wait for a "Simpsons Movie" post later in the day.

"Mad Men" -- I loved the polished exteriors of the pilot, but was a bit concerned that the show's use of dramatic irony for humorous purposes might become a stumbling block. I've now made it through seven episodes and most of my concerns have been allayed. "Man Men" is still a show in which precious little happens and yet I'm watching it with a level of enthusiasm I don't have for anything else on TV this summer. Much of my pleasure in the show comes from the remarkable lead performance by Jon Hamm, an actor who wasn't even vaguely on my radar previously. Hamm looks like a prototypical man for the '50s, so it isn't surprising that most of his early work was below my radar. He has the kind of square-jawed manly looks that casting directors just don't like anymore when they're preferring to cast leading men who are less handsome and more pretty. He has the same problems that Nathan Fillion would have if Fillion didn't come equipped with that perpetual ironic smirk that makes him generally employable. As his wife, January Jones has almost the exact same problem -- she's too pert, too blonde, too seemingly generic. Both actors have been complex, both with their delivery of the show's twisty, antiquated, wordy dialogue and with the slew of physical mannerisms the show's directors seem to crave. But really the entire "Mad Men" cast is exceptional, including the reliable John Slattery and the vivacious (and then some) Christina Hendricks, Vincent Kartheiser (who I'd have thought too contemporary an actor previously) and Maggie Siff (another actress I may never have noticed before). The mystery of Don Draper's (Hamm) past is probably the most reliable ongoing plot, but I'd watch every week even if nothing carried over. There's some fantastic stuff in Episode Seven for those who haven't made it there yet. 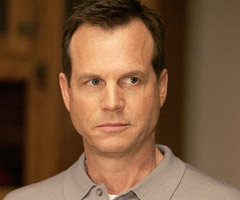 "Big Love" -- I've heard a lot of buzz about how "Big Love" has really come into its own in its second season and I'm not sure I agree completely. In the first season, I had a pretty good sense of Bill Hendrickson (Bill Paxton) and his motivations and the risks he had to take to protect his lifestyle. I guess the Season One finale shocked Bill's system so badly that he determined he'd do whatever it took to keep his family safe that Season Two has been spent with Bill making one wrong decision after another for 12 episodes. In this respect, Season Two of "Big Love" has been a bit like Season Two of "Weeds," which focused on Nancy Botwin's wrong-headed quest to become a big-time dealer, something that could only have left her life in Season Three disrepair. Season Two has shifted away from the kind of "Ooooh... The Compound is Wacky and Scary" episodes that fueled the first run of episodes, though we met a different polygamist sect led by the brilliant Luke Askew's Hollis Greene and discovered that Old Roman Grant was just a big softy. As Bill has become less and less sympathetic and more and more clearly doomed to take a big fall, Paxton's performance has become less interesting (he isn't an actor who plays complexity very well). So the second season has been about appreciating the supporting and fringe players. Different parts of this season have showcased Ginner Goodwin (my favorite wife), Amanda Seyfried (who ought to have a well-written TV show built around her), Melora Walters, Grace Zabriskie, Bruce Dern, Matt Ross and Tina Majorino (she could co-star in Seyfried's well-written show... Rob Thomas could write it). The season finale of "Big Love" is coming up this week and I'm not optimistic that our happy polygamist family will be quite so happy and unified when things start off next year. 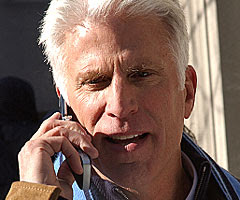 "Damages" -- The problems with this show couldn't be simpler: The more time we waste on Anastasia Griffith's reluctant witness Katie and Noah Bean's soon-to-be-dead fiance David, that's less time we have to spend with Glenn Close's Patty and, more importantly, Ted Danson's Arthur Frobisher. That seems pretty obvious, right? Less time with the attractive and less experienced younger actors and more time with two of the best actors on TV? And yet "Damages" keeps losing me, every single week, by wasting time on subplots I don't even vaguely care about. I've also ceased to care about the flash-forward framing devices, because that over-saturated stuff has stopped showing me things I couldn't have guessed myself. I'm also continually perplexed by how Rose Byrne's Ellen is being written -- I'd like to see more of the extremely smart and capable lawyer we're continually told she is and less of the callow, deer-in-headlights obliviousness Byrne has been forced to play. The combination of Patty Hewes' (Close) omniscience and Ellen's obviousness makes for an odd sort of drama in which the show's supposed heroine spends every single episode playing catch-up and never develops any kind of agency or active intellect. So really, I just hope we get more of Danson and more of Zeljko Ivanek's wonderfully bizarre Atticus Finch impression in the weeks to come. 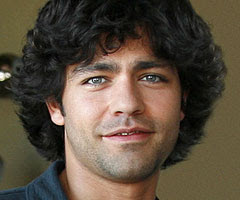 "Entourage" -- Sepinwall doesn't know why I bother anymore, since he claims he's only watching as a way to get to "Flight of the Conchords," a comedy that hasn't hooked me in the way I'm told it should have. I wish I knew why I bother. The show has become truly awful in this rushed fourth season. "Entourage" used to just be silly Hollywood wish fulfillment, but it's become a show written by people with ADHD, incapable of sticking with any plotline long enough for it to become a story. What's the state of Vince's career at this point? He's gone from a huge star to unemployable to a huge star and at least to the best of my knowledge, he hasn't had a movie released since "Aquaman." I have backlash on the week-to-week back-and-forth on whether "Medellin" is a smash or a disaster or a smash and I'm not sure I have a clue where Vince and the gang are even living at this point or how they're affording to live there. What happened to Turtle's fling with talent management last year? How have the ratings been for Johnny's TV show? And why do the writers think that viewers are just tuning in for the cameos and thus subjecting us to appearances by folks like Mary J. Blige and Brian Grazer? Note the law of diminishing returns in Gary Busey cameos -- So good in Season One, So bad in Season Four. I've been OK with Anna Faris' recent turn, though it's unclear if she's engaging in actual self-parody or parody of the public perception of her image or what. I'm guessing Debi Mazar as reduced availability because of her baby, but is there anybody else out there who would rather see twice as much of her and half as much of Rhys Coiro's enfant terrible Billy Walsh? I guess I keep watching because I remember that as recently as last season, I used to really enjoy "Entourage." Maybe if they take a good long writing break after this season's over, the show can bounce back. Don't the writers know that once you're forced to resort to casting the Sklars (Jason and Randy, who I find funny talking about sports and little else) as bickering brothers, you might as well throw in the towel? Bring back Carla Gugino!