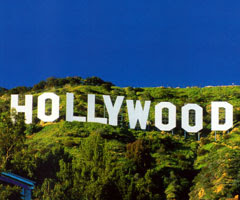 I'm sure I should say something about this week's superior "Mad Men" (Love Don Draper's revenge!) or about this week's creative nadir of "Entourage" (Stale 9/11 flight humor? Deus Ex Kanye? Inexplicable disappearing Anna Faris? Kill this show now!) or about the recent events on "Big Brother" (I can't believe God let Amber down like that... Ought to tell her something) or about the fact that the presumptive NL Rookie of the Year Ryan Braun is a MoT (They call him The Hebrew Hammer, I call him The He-Brewer) or perhaps about the season premiere of FOX's "Prison Break" (Michael in a Panamanian Prison? Stupid. Robert Wisdom as the Emperor of Said Panamanian Prison? Brilliant) or about one of the coolest things I've ever stumbled upon in the Internet (Hasbro's special section dedicated to G.I. Joe's Kung Fu Grip). Maybe I'll get to some of that eventually.

Instead, I just want to very quickly reflect on something that will probably matter only to me.

Almost exactly seven years ago (either today or tomorrow... I've lost track) I moved to Los Angeles to begin grad school at USC. In a city where virtually nobody's a native and everybody is a variable degree of immigrant, seven years is neither a long time nor does it make me Fresh Off the Plane. However, as I pass the seven year plateau, Los Angeles claims an important place in my heart as it becomes the place I've spent the plurality of my life.

It's a wee bit odd to reach 30 without having lived any city (I'm including multiple residences within the same general location) longer than seven years, but I'm sure there are few other military or academic brats in the same boat with me.

Los Angeles passes Jackson, Mississippi, where I lived between the ages of 7 and 14. It's always been bizarre to me that I've had to say I spent the plurality of my life in Mississippi, both because it wasn't necessarily my favorite stop and because nobody knows what the heck "the plurality of my life" means. Now Mississippi can just go on that list of places I've lived -- Seven years in Mississippi, four years apiece in Massachusetts and Pennsylvania, four or five years smooshed confusingly between Iowa and Minnesota, a year in Tennessee, a year (my first) in Oakland, a year in New Hampshire, six or seven months in London.

Does that make me a Los Angeleno? I hope not. If it does, I may need to start scouting real estate in the Upper Peninsula of Michigan. Who wouldn't want to be a Yooper?
Tweet