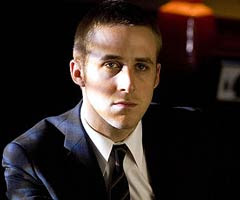 "Fracture"
Director: Greg Hoblit
Fien Print Rating: Dunno. 70 for the first 2/3rds and then 30 for the rest? I refuse to do the math.
In a Nutshell: As my moviegoing companion observed when we left "Fracture," the problem with a movie where everybody raves about the twists and turns is that you sit through the duration attempting to anticipate the wackiest way the movie could reverse itself. In the case of "Fracture," director Greg Hoblit weaves a tense puzzle for at least 90 minutes before the script by Daniel Pyne and Glenn Gers lets the entire movie down with an ending the pretty much betrays the tone of the rest of the movie.

"Fracture" is an endearingly dated movie, a cat-and-mouse thriller with no interest in "CSI"-style technology or actual legal machinations. Beautifully shot on Los Angeles locations by Kramer Morgenthau, "Fracture" could have been produced in the early '90s with Tom Cruise and Gene Hackman in the leads or in the late '60s with Paul Newman and, I dunno, Laurence Olivier in the leads and not a word of the script would have needed to change. The point of the piece is watching the two actors go head to head and Ryan Gosling and Anthony Hopkins have an immense amount of fun elevating the material. Hopkins stretches only slightly beyond his Hannibal Lectre persona, but it's been a while since he displayed this kind of scenery-chewing villainy, while Gosling adds a twitchy Method-y flair to a character who might have been painfully flat in the hypothetical Tom Cruise version.

As a director, Hoblit's gifts have always been very closely tied to the quality his scripts. When the script is good, he can make good movies ("Primal Fear" and to a lesser degree "Frequency"). When the script is bad ("Fallen") or dull ("Hart's War"), he doesn't elevate it. Here, he throws around every visual trick in the book -- haunting and implausible reflections, off-beat lighting, surveillance style camera angles, fluid and lengthy shots in party and courtroom scenes -- and he's able to provide distractions from the story's gaps. I suppose there's a much longer cut of the movie in which Rosamund Pike's character and her relationship with the central hotshot attorney makes sense (Thanksgiving dinner?!?!?). And the legal twist at the end was both painfully obvious (in that I figured it was the direction things would go in the most predictable way possible) and, as I did a bit of research on the Internet, entirely invalid in any court of law in the United States, as probably a screenwriter could have researched in the same way I did.

Oh and does anybody have an exact sense of what accent Anthony Hopkins is doing here? It occasionally sounds Irish, sometimes American and sometimes just like Hopkins' normal speaking tone. I was distracted by the wide array of different voices in the movie. Gosling is doing Oklahoma-by-way-of-Atlanta. Pike is doing erratic generic American, ditto with Embeth Davidtz. And I don't know what Fiona Shaw is up to.

As a rule, though, I try to endorse films that can find room in their ensembles for so many character actors I like, including David Strathairn, Bob Gunton, Xander Berkeley and Cliff Curtis.
Tweet