The Day No Pigs Would Die on "Idol" 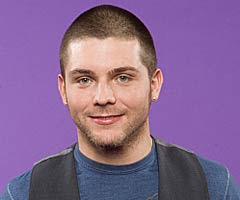 For the second time in "Idol" history and the first time since the not-so-glory year of Corey Clark, it was an elimination night without an elimination.

It was obvious from pretty early on that there wouldn't be any way to spend two hours urging people at home to donate money to crying African orphans and then make a smooth segue into "Oh yeah and Chris, the time has come to make you an 'American Idol' orphan." So they just said that this week's vote total -- more than 70 million -- will be combined with next week's totals and two people will be eliminated. Now that will be an "Idol" first.

I can't figure out who benefits from this non-elimination. If you trust DialIdol (Heck, they got last week's results right, ending a season-long slump), Chris Richardson was going home, though it was within the margin of error. Out of 70 million votes, though, it's possible that Chris' distance behind the fifth place finisher could possibly have been a lot of votes, particularly if next week's tally goes closer to 38 million. So I think we can safely guess that Chris has a lot of work to do, or at least his fans do.

On the other hand, Jordin can probably phone in her performance next week. After the most excessively overpraised performance in recent memory (Yes, I liked her a lot, but Randy's "Best 'Idol' vocal in the show's history" comment was hyperbolic to an annoying extreme) Jordin was the only person outside of the margin of error last week according to DialIdol. She was the dominant first place performer, if you trust their stats. Since all she has to avoid doing is finishing fifth or sixth cumulatively, she can probably afford to take a nap next Tuesday night. Randy will probably be amazed at how well she was able to nap for a 17-year-old.

You can check out my full minute-by-minute recap of Wednesday's Idol Gives Back over at Zap2it, including my explanation for how I overcame my guilt over making fun of the show's unquestionable altruism. A hint: It involved making a donation.

Overall, the show probably could have been worse. Kelly Clarkson and Annie Lennox gave the best of the performances, while Carrie Underwood's lip-synching filmed package was the worst. My favorite moments were the bit featuring The Simpsons and the "Stayin' Alive" Ford commercial, which reaffirmed the utter brilliance of Hugh Laurie and Helen Mirren. Without a doubt, the lowlight was Celine Dion's performance with Zombie Elvis, which was every bit as awful as that would sound. The show was oppressively manipulative and there were certainly too many shots of malnourished children and crying children and children dying of AIDS. On the other hand, through the show's East Coast airing, the Idol Gives Back project had collected more than $30 million. That's a figure that's impossible to undersell. Assuming that the money makes it where it's supposed to go, this was a good thing for "Idol" to do and they should feel proud.

Oh and if you want to see something really disgusting, check out the website for a group called "Special Guests." They're already up in arms because several of the organizations likely to receive money from Idol Gives Back include teaching women about reproductive health on their agendas (we're talking "fringe" organizations like UNICEF). They've now decided that "Idol" supports pro-choice groups and therefore is evil. I'm still searching the group's site to find where they've given tens of millions of dollars to poverty relief of any kind. I'll let you know if you find it.

And now, back to watching my DVDs of "Beverly Hills, 90210: Season Two." I think that things are about to get good for that Scott kid!
Tweet