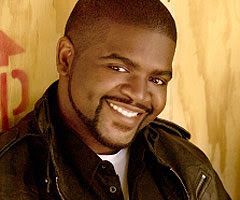 After many years of threatening to secure the Beatles catalogue, Tuesday (March 11) night's episode finally sees American Idol tapping into the Lennon-McCartney songbook. It's the start of the Top 12. There's a new credit sequence (lots of scary close-ups of pop singing avatars). There's a new stage (big and, um, big). But what about the singers and their interpretations of some of the finest compositions of the past 50 years?

Singer: SYESHA MERCADO
Song: "Got To Get You Into My Life"
My Take: This theme night is really dangerous, because these are great songs, so great that even Simon probably knows them. Syesha's accompanied by a lot of brass from the newly elevated band and the arrangement is fairly jazzy (closer to the Earth Wind & Fire cover than the original). That means that much of the melody has been entirely changed. The problem for me? I, um, like the melody of this song. It's been made more rhythmically complicated than vocally, which is fortunate since Syesha starts off well out-of-tune. I guess she delivers on what's asked of her -- a little sass and generally sticking with the pace -- without standing out.
Ford, GM and Simon Say: Randy identifies the Earth, Wind & Fire arrangement and tells her that she was over-thinking and while he liked a lot of it, it was just aight. Paula says Syesha found the pitch in the middle and sounded great from there. Simon thought it was better than aight, but he warns her to get over her nervousness.

Singer: CHIKEZIE
Song: "She's a Woman"
My Take: Chikezie's just about the last contestant you'd expect to show up accompanied by a banjo player, wearing a sweater vest and going all honky-tonk and bluegrass-flavored. He starts off nasally, but when the song goes a little lower, he fantastic and the more rock-infused the arrangement gets, the more Chikezie improves. I think this arrangement is probably very true to what Lennon and McCartney were doing at that stage in that career, borrowing and adapting American traditional music and seeing Chikezie bring it full-circle is great fun to watch. More than anything, Chikezie uses every inch of the expanded stage. Chikezie was in danger last week, but a performance this memorable ought to keep him secure for a week or two.
Ford, GM and Simon Say: Randy was thoroughly entertained. He thought the arrangement was dope, raving "Chikezie smashed it." Paula rather cogently says he started off in O Brother Where Art Thou territory. She's all praise for his risk-taking. Simon's surprised to agree with his comrades. Chikezie is bouncing around the stage like Cuba Gooding Jr. on Oscar night.

Singer: RAMIELE MALUBAY
Song: "In My Life"
My Take: This is my Bubie Ida's favorite Beatles song, one that the family manages to sing at nearly every gathering in her presence. So basically, I hear "In My Life" and I think of birthday parties and my Cousin Ellen doing harmony and Ramiele doesn't do anything to change my perception. She sticks to the melody and can't seem to escape the over-singing rut she's been in for the past couple weeks. Thought she pushes some of the notes, she sounds pure and in-tune throughout, but this was the wrong performance to put after Chikezie.
Ford, GM and Simon Say: Randy calls it both pretty and pretty boring. Paula leads with praise for Ramiele's appearance, which is always a bad sign. She calls it pretty safe and tells Ramiele to stop holding back. I'm on the verge of praising how sober Paula seems tonight, she ends with, "The whole world needs to see what we hear in your voice." Simon says he was bored to tears and that he expects better from her.

Singer: JASON CASTRO
Song: "If I Fell"
My Take: Back on his guitar, seated on a stool, Jason looks mighty tiny in the middle of the huge new stage. The song is understated and sweet and Jason's well-equipped to deliver understated and sweet. He's pretty good at making the most of his limitations. He falters, though, when he tries to show that he has more range. He goes into a falsetto at near-random points in the song and every time he hits that falsetto, he closes his eyes, curls his lips and makes an "I'm singing mighty high!" face (not to be confused with his usual "I'm mighty high!" face). Jason is very much the college senior who takes his guitar to the freshman common rooms because he knows it makes the dewy-eyed coeds go weak at the knees. How far will those dewy-eyed coeds take Jason in this competition?
Ford, GM and Simon Say: It was one of Randy's favorite songs and so he wasn't sure Jason needed so many falsetto touches. Jason's exactly the sort of singer who makes Paula swoon. She says she feels his heart and that the audience feels his heart. Simon compares it to a "student in a bedroom at midnight." I think my analogy is better, but whatever. Simon isn't sure that Jason will have made the same impact this week as he made with "Halleluyah" last week

Singer: CARLY SMITHSON
Song: "Come Together"
My Take: I liked the version of Carly we saw with Ryan tonight. She seemed loose and funny for the first time since this show started. Carly brings an entirely different tone to "Come Together" than what fans of the Beatles or even Aerosmith versions are accustomed to. I quite approve the difference right up until the end when Carly goes into her trademark yelling. Even if I wish that she'd delivered just a bit less intensity at the end (perhaps she should have traded some to Ramiele), I can't dispute that this is a much more confident Carly than we'd seen in past weeks, almost giving the sensation that she decided to go on auto-pilot until the Top 12. She's locked in and ready to go now, though. From my couch, it sounds like the most rapturous crowd response of the evening.
Ford, GM and Simon Say: Randy calls her strong, confident and stellar. Paula thinks she was already watching a star. For the first time, Simon thinks Carly chose a song that lived up to her ability. Then, in an effort to make this feel like a competition, Simon compares Carly to Kelly Clarkson.

Singer: DAVID COOK
Song: "Eleanor Rigby"
My Take: Oooh, did you hear the way David used "quasi" in his clip package? He really does love words. I'm not sure if David's version of "Eleanor Rigby" is more glam or grunge and what his jacket with the up-turned collar has to do with either. He's left his guitar behind this week, but he gets a huge assist from the band, which provides a wall of sound, as it were. David keeps throwing back his head and reveling in the flashing lights like he's having a tremendous time pretending to be a rock god. And it's a part he's now played well for two straight weeks, sounding great even on the big power notes. David's still a bit too smarmy for me to like him yet, but I'm growing to really respect him.
Ford, GM and Simon Say: Randy thinks David proved you can rock out on Idol. Paula wants to make it clear that there's more than one horse in this race and he's her favorite dark horse. Simon thought it was brilliant. "If the show remains a talent competition rather than a popularity competition, you actually could win this entire show," Simon announces. Tonight's theme? David Archuleta doesn't have this sucker in the bag.

For the full recap (or the second half, at least), head over to Zap2it's It Happened Last Night blog.

And, as always, permit me to plug Zap2it's Guide to American Idol.