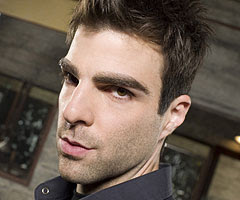 First, to get this out of the way, the best show on TV last night wasn't "Chuck" or "Life" and it certainly wasn't the "Volume Finale" of "Heroes."

It was the Patriots-Ravens football game, which kept my stomach in knots for nearly three hours. I love that the Ravens players are now whining like thuggy bitches about how the NFL wanted the Patriots to win and conspired. Sure, there were some spotty calls down the stretch, particularly when it became clear that the Pats weren't so eager to win the game by themselves. But the NFL didn't screw over the Ravens' defense by calling a time-out and nullifying a 4th down stop with two minutes left. The NFL wasn't mugging Moss, Stallworth and Welker all game in the secondary. The NFL didn't throw a temper tantrum and get 30 yards of penalties tacked on to the final kickoff. And the NFL didn't provide the wind that knocked down Kyle Boller's last ditch Hail Mary two yards short of the end zone.

The NFL also didn't cause Tony Kornheiser to spend nearly four quarters talking about what a huge upset this would be, as if there were no other subplots to discuss in the game or the wide world of sports. I love "PTI" and I admire Kornheiser, but he comes into every game with one or two talking points and then he has difficulties transitioning and adapting to the requirements of the game.

Meanwhile, if the Patriots can't get back to their previously impenetrable offensive line play soon, they'll get tough games from both the Steelers and Giants down the stretch.

Anyway, "Heroes" wrapped up the first pod of the new season with a series of anti-climaxes, a bunch of mighty familiar plot twists and one appealingly demented twist.

More on that after the bump.

The one thing I want to give the "Heroes" episode credit for is the ultimate fate of David Anders' Sark... er... Adam. We don't usually think of Hiro as being a sadistic mofo, but burying an immortal guy alive in a tight coffin? that's pretty messed up.

It seems like just last May when "Heroes" left viewers disappointed by a season finale that included...

Poor technopath Micah having to deal with the death of a parent.

Claire the Cheerleader about to go into hiding to protect her identity.

So imagine my double-disappointment that Monday (Dec. 3) night's "Heroes" had to rely on the exact same plot triggers and that the shocking segue into the hypothetical next Volume -- Sylar's alive and he has all his powers back -- seemed plenty familiar as well.

As chagrinned as many fans may have been to see this latest lot of "Heroes" episodes, imagine being Ali Larter and sitting down with the writers last summer.

"So what do I get to do this season?"

"Not only will you be a non-factor for most of the episodes, but you'll lose your powers."

"I'm actually not sure what my powers are."

"Neither are we. But we've come up with a great finishing arc."

"Well, it's not so much as an arc as a great way to finish you."

"No. But you pistol-whip a teenaged hoodlum and appear to die saving a newly introduced character in a subplot that only barely ties in with the main narrative."

Poor Ali Larter. Her arc this season was more demeaning than trying to seduce Dawson Leary in a whipped cream bikini. Not that there's anything wrong with that.

Sorry to be all over the map, but can I go back to Sylar for a second. Do you want a microcosm of why this season has been so very, very underwhelming? Last year, everything built to him attempting to destroy the world using every power imaginable. On Monday's episode, he was able to carry out his master plan by holding a 10-year-old girl hostage and waving a gun around. Ah, budget cuts.

And this sets up an upcoming Volume in which Sylar has lots of powers and tries to take over/destroy/manipulate the world? Maybe it's time to start watching "Two and a Half Men" instead.

A few other random thoughts: