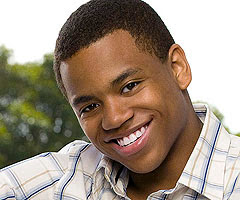 The summer between my senior year in high school and college, I worked at a pizza place -- Boston's Favorite Pizza, Papa Gino's -- and did mostly night shifts, because that's what my friends were doing. That left me with my days free and since my summer reading was just a Tom Stoppard play, I discovered that FX aired two episodes of "Beverly Hills, 90210" each afternoon. The episodes were from different seasons, but they were at least in sequence, so I caught up on the first six seasons in weird epicycles, watching, say, Season One and Season Four in tandem and filling in blanks in fabulously non-linear ways.

As marvelously and deliciously trashy as it was, it would be wrong to forget that the original "Beverly Hills, 90210" was still over-earnest, ridiculously square, soapy trash. So it'll be interesting to see how rose-tinted critics' glasses are when it comes to "BH90210v.2.0." Will they complain that the acting on the new show doesn't equal the RSC standards set by a young Brian Austin Green and Luke Perry? Will they lament the occasionally preachy tone? Heck, will I fall into those traps?

We'll see after the bump, eh?


While Kansas may be the new Minnesota, the new "90210" posits a notion of global teen identity that's both liberating, but also restricting. Annie (Shenae Grimes) and Dixon (Tristan Wilds) Wilson may be moving to Beverly Hills from the Midwest, but thanks to 300 channels of television and the Internet and endless teen movies -- pop culture references abound -- it's impossible for them to be as shell-shocked as Brenda and Brandon Walsh were on their first day at West Beverly High. Yeah, the Walshs were probably exposed to popular culture as well, but perhaps 15 years ago there was less of a tyranny of mainstreamed images, less obsession with Hollywood's celebrity scene. Because Brenda and Brandon were just lame on Day One and Annie and Dixon were only a little uncomfortable.

But the new series remains true to something more important about the original: Brandon and Brenda were the only kids in West Beverly who had a moral compass. Yes, Brandon suffered from excessive personal morality, but even if he ever lapsed, Jim and Cindy were always around to help them and to help all of their friends. The Jim and Cindy proxies, Rob Estes' Harry and Lori Loughlin's Debbie have a similarly loving and honest and trusting relationship. Jim and Cindy never wavered for a second and I kind of hope that Debbie and Harry don't have to go through a soapy roller coaster. They will, of course, but I'd value them more as still points in the tumultuous Beverly Hills universe.

The plot lines of the first two episodes also follow the basic "BH 90210" formula. Annie sneaks out to a party! A prank-gone-bad threatens Dixon's place on the lacrosse team! 16-going-on-36-year-old Naomi (AnnaLynne McCord) cheats on an essay! The core stories were refreshingly quaint. Of course, there were also SUV blow-jobs, cybersex, the aforementioned porn set and plenty of texting misadventures. It's old, but it's new. It's a little "BH 90210," but it's a lot of "Gossip Girl," too. And a lot of "The O.C." It just isn't as clever as "The O.C." and it will probably hesitate to go as trashy as "Gossip Girl."

I was interested in the way the pastels that abounded in the original were cleanly replaced by bright primary colors. Very bright. Very colorful. Very flashy, where the original was a bit more gauzy and filtered, at least initially.

As a fan of the original, I was a sucker for the many in-jokes in the new version, including school anchorwoman Hannah Zuckerman-Vasquez ("What is that girl, like 30?") and appearances by Nat, Kelly and particularly Brenda. None of the in-joke nods to the original have been particularly well-integrated, though, which causes some concern. Yeah, Kelly is Erinn Silver's (Jessica Stroup) sister, but why did it look like she shot her scenes in isolation from most of the rest of the class? Probably because she did. And if they're trying to set up a retro love triangle with Kelly, Brenda and Young Teacher Ryan (Ryan Eggold), I'm on board, but don't be surprised if I start preferring to tune out the kids. There's a risk they're running in balancing the young and old audiences and I wonder if they can possibly please both.

By playing in broad strokes, the pilot for the original series did a rather amazing job of establishing nearly every character in ways that laid the template for everything that would follow. That template was so great that the new pilot could make a joke about Kellie Taylor having been easy and the ripple goes all the way back. I'm not saying it was Shakespeare or played as such, but it was very proficient blueprinting.

I feel like Gabe Sachs and Jeff Judah were making a calculated effort to keep the new characters from having obvious touchstones to the characters from the original, other than the transplanted siblings at the core. McCord's Naomi has a bit of Kelly Taylor to her, but just because Dustin Milligan's Ethan surfs doesn't mean he'll be confused with Dylan McKay any time soon.

We should all be glad that we didn't have to get the genre's seemingly mandatory Lunchroom Tour sketch of the high school hierarchy, but the two episodes left me unsure of West Beverly's social structure and how any of these characters tie together.

The acting from the young stars is...

Can I just leave it at that?

Grimes actually looks like she's doing a Shannen Doherty impression, right down to certain vocal tics and mannerisms, while Wilds is playing everything so enthusiastically that he can't have any goal more central than erasing memories of Michael from "The Wire." But most of the young viewers in the "90210" core demo aren't aware that "The Wire" ever existed and for those who watched "The Wire," it will probably take three or four "90210" seasons to forget about Michael. So he's screwed. 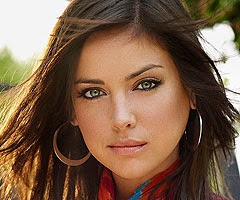 The women are all perilously skinny, which wasn't the case in the original, no matter how many of them were battling eating disorders on or off screen. Stroup is far skinnier than she was in were flirty and winning guest spot on "Reaper" and Grimes looks smaller than she was on "Degrassi" and when they stand side-by-side, it's a bit scary. They're beautiful, but they're not healthy. McCord is a smidge better, though she looks a decade older than her supposed classmates. The only young actress I didn't immediately want to feed is Jessica Lowndes, playing the drugged out actress who has "Scott Scalon" written all over her, in terms of potentially tragic fates.

The men? All forgettable and interchangeable except for Michael Steger's Navid [Having at least one Persian character adds realism and the background extras looked diverse.] Is he the show's David Silver? Bring on Babyface!

There will be much discussion, I guess, as to whether Jessica Walter's Tabitha is awesome or dreadful. Can we have it both ways? Yes, I love "Arrested Development," too. Yes, I thought Lucille Bluth was fabulous. Yes, Walter is capable of nailing an inappropriate one-liner like nobody else. But she isn't on the same show as anybody else and as much as I might prefer to watch that show that Walter is on, it's distracting in this one.

Yikes. This has gone on for too long and it's past my bedtime and I've already posted twice today. Best to cut it short [Too late.]. The bottom line is that "90210" will have to choose what it is, whether it's nostalgia for the Gen X-and-old-Y-ers, whether it's a CW-style fresh teen soap, whether it's a smart-and-meta guilty pleasure. I'm not sure if it can be all of those things and I'm not sure if currently it's *any* of them, but I'll probably stick with it for a long time. That's what I do.