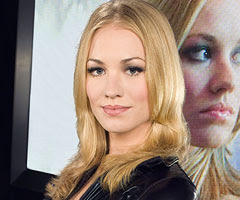 It doesn't understand how it's supposed to record four shows in the 8 p.m. hour, how it's supposed to use its two tuners to get "Chuck" on NBC, "How I Met Your Mother" (and, to a much lesser degree of urgency, "Big Bang Theory) on CBS, "Terminator: The Sarah Connor Chronicles" on FOX and "Gossip Girl" on The CW. It doesn't know to appreciate the fact that I only watch "Dancing with the Stars" in the office and only because it provides sometimes appealing lunchtime entertainment. And it doesn't even learn to appreciate that relatively calm, cool and collected 9 p.m. hour in which I'd normally only request NBC's "Heroes," FOX's "Prison Break" and The CW's "One Tree Hill" from it.

The fact is that while there's a logjam on Monday nights, a situation made worse by my decision not to watch "Mad Men" until the show becomes available in HD OnDemand, I don't actually love a lot of those shows.

In fact, in a twist, the Monday show that I've already moved to the top of my DVR priority list (and would, in a critical capacity, recommend highest), is "Chuck." I learned long ago that rooting for my favorite low-rated NBC shows to become hits -- think "Friday Night Lights" or "30 Rock" -- was a lost cause. But "Chuck" is a show so instantly accessible to so many different types of audiences that it ought to have room to grow.

More on Monday night TV and a review-y-thing of this Monday's (Sept. 29) "Chuck" after the bump... 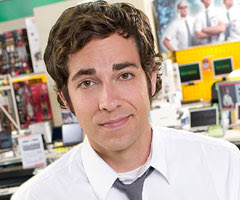 As he was writing his "Chuck" review, Sepinwall enlisted my assistance in brainstorming other shows that have made this sort of jump in quality in their second seasons. I played along, but I'm not sure if it's necessarily a fair point to be made about "Chuck."

With the exception of "Chuck Versus the Marlin," an episode written in the waning *seconds* before the start of the writers strike, "Chuck" was already finding its voice in the second half of its first season. "Chuck Versus the Nemesis," "Chuck and the Crown Vic" and "Chuck Versus the Undercover Lover" all suggested a show that was quickly beginning to find the right tonal blend of comedy, action and budding romance, while the two episodes before that featured Rachel Bilson, which automatically suggests at least a certain measure of pint-sized genius. The statement that "Chuck" has made a creative leap in its second season ignores the very real possibility that by the time it reached its truncated conclusion last year, "Chuck" was already well on its way to becoming one of TV's most entertaining shows.

Getting into issues of quote-unquote "quality" would force me to try comparing "Chuck" to "Mad Men" or "Dexter" or "House," which wouldn't seem beneficial, but how about this: The day I got my screener for the first three episodes of "Chuck," I watched all three hours in one evening. It wasn't like I had an urgency to watch the episodes, but I was having fun.

Series co-creator Josh Schwartz had to suffer through more than a few [dozen] "sophomore slumps" stories in the press after "The O.C." went through... well... a sophomore slump. The same stories will not be written about "Chuck."

Titled "Chuck Versus the First Date," Monday's "Chuck" premiere is designed to be instantly accessible either to viewers who have forgotten where we left things more than nine months ago or to viewers who never knew the show existed in the first place. In a pre-credit sequence, Zachary Levi's Chuck rehashes the basic premise to guest-star-of-the-week Michael Clarke Duncan in a way that's both blatantly expositional and yet vastly quickly and less clunky than the way, say, "Fringe" has now restated its premise in its first two episodes since the pilot. After dispatching with reminding us that Chuck has a computer in his head, the show is off to the races.

The premiere is funny. Case in point, Chuck's "primal scene" shower moment with Ellie and Awesome. Case in point, Chuck interviewing potential assistant manager candidates. Case in point, a cage fighting scene in which Schwartz manages to pay homage to both "Mad Max Beyond Thunderdome" and to Ryan Atwood's enraged underground brawling from the fourth season of "The O.C."

And the premiere is exciting. I'm not sure I believe that Duncan and Yvonne Strahovski could actually brawl, but it was fun to watch. You had Levi getting thrown around like a ragdoll and Adam Baldwin's Casey driving through the wall of a restaurant.

And the premiere is satisfyingly romantic. "Chuck" teased us for only 13 episodes of will-they/won't-they flirting between Chuck and Sarah before at least getting them go out on a date, a scene that Levi and Strahovski played with both sweetness and humor. I was particularly pleased to see hints of levity from Strahovski, whose smile is too beautiful to be as underused as it was last season.

And the premiere was potentially profitable for NBC. Much has been made about Ben Silverman's various ways of trying to make profit from lower-rated shows and one way might be to build an episode around an extended ad for "Call of Duty." I'm not a fan of the prolonged product plug, but at least the "Chuck" scribes found a way to make the commercial a viable cog in the plot, rather than just a brand name they kept mentioning.

The show's greatest remaining weakness is tied to its greatest strength.

"Chuck" has a winning core cast, but it also has an expanded universe of golden supporting players. The next extended opening credits (among TV's best) now include BuyMore denizens like Scott Kinsky, Julia Ling, Vik Sahay and Mark Christopher Lawrence.

And the premiere gives all of them showcases, especially Sahay's Lester and Krinsky's Jeff, whose characters expose new details as part of the BuyMore interview process. Ling, Ryan McPartlin and Sarah Lancaster also have stand-out moments in the premiere.

But the integrating of each part of Chuck's world is still a little bit clunky. BuyMore is presented as an albatross around Chuck's neck, but he barely seems to really work there anymore and when he does, he's apparently able to get off of his shifts at a moment's notice without anybody inquiring. Chuck's number of day missions seems to be increasing and Morgan hasn't bothered asking lately why Chuck's absences are so frequent. And even thematically, it's often hard to get an exact read on what the BuyMore plotlines have to do with the espionage plotlines.

Similarly, the Awesome/Ellie story rarely meshes with either Chuck's spy stuff or the BuyMore stuff.

Eventually people will have to start learning at least some aspect of Chuck's secret life and then there'll be the whole thing of "Who knows what and what will we do with them then?" And I don't require that people learn too much too soon. That's one of the places "Alias" fell on its face. But the episodes and arcs that I most enjoy are when Ellie/Awesome or Morgan get to participate in Chuck's spy life without knowing it. There are bits of that in each of the three episodes to start the season.

As good as the premiere is, the next two episodes are every bit as good, with a fine use of guest stars (next week's episode makes tremendous use of both Melinda Clarke and John Larroquette) and a continued consistency of tone.

On a side note before I vanish to go celebrate Rosh Hashanah (Shana tova u'metukah, y'all): Monday night is also the premiere of "Life," which NBC hopes will enjoy a little extra post-"Heroes" bump. If "Chuck" is a show that has continued its momentum from the end of last season, "Life" has not been so lucky. The premiere weighed down by the eccentricities that nearly sunk early parts of last season, with Damian Lewis' Charlie nattering about fruit and confusing new technology as other character look at him with confusion. The show has never been able to figure out how to use any of its supporting characters, so while Donal Logue makes a good first impression, I'd be worried that he'll suffer the same fate as Adam Arkin, Robin Weigert and Brooke Langton.
Tweet