Take Me to the Pilots '07: ABC Dramas 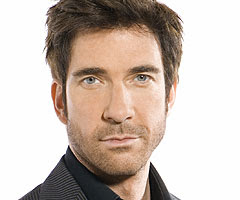 [I feel like I just wrote this yesterday. Perhaps you remember. THESE AREN'T REVIEWS! That would be wrong, wrong, wrong. The pilots sent to critics can change dramatically before they air. They probably won't. But they could. And if they did and I based a review on that original pilot, well that'd be evil of me. But here are my first impressions.]

FOX can take pride in being the only network to pick up a pilot in which a chimp anally violates a human in the first five minutes. Yeah, there's some pride in that. But surely ABC should be pleased to have not one, but two pilots milking comic and dramatic gold from tranny surprises. But not all transvestites (or transsexuals) are the same. No, in "Big Shots," it's a tranny hooker (HILARIOUS!) and in "Dirty Sexy Money," it's just a plain ol' tranny (DOUBLE HILARIOUS!). Other than the annoying over-use of Peter Bjorn and John's "Young Folks" as backing music, that may be my favorite pilot pseudo-trend of the season. To hell with your "Why are there so many British actors pretending to be American?" or "Why is everybody named Chuck?" trend pieces. I wanna know why Steve McPherson is so amused by trannies.

Follow after the bump for my first impressions of "Big Shots," "Dirty Sexy Money" and "Women's Murder Club"... 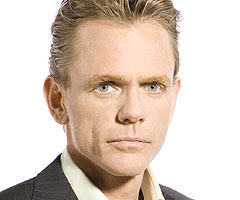 Show: "Big Shots" (ABC drama)
The Pitch: "Desperate CEOs"
Quick Response: Darnit, ABC! The time to make a testosterone skewing companion piece to "Desperate Housewives" was two years ago when people still *liked* "Desperate Housewives" and the ratings were going up and not down! Or maybe it's true what Dylan McDermott says in the pilot when he announces "Men... We're the new women." That, by the way, is not meant as a compliment to women. It's pretty darned misogynistic, in fact. Basically, more than a few viewers are going to be watching this pilot -- about four Alpha Male CEOs who seem to have nothing better to do than sitting around getting spa treatments and gossiping about the women in the lives -- going "Dude, since when is that how men behave around each other?" That raises the question of why, exactly, ABC would expect anybody to be watching this show. The leading men -- McDermott, Michael Vartan, Christopher Titus and Josh Malina -- are all variably talented and good-looking and it's my hunch that they talk like women wish attractive and powerful men would talk when they get together. Everything is about their insecurities and their feelings and it's all just a bit insufferable. The performance that interests me belongs to Titus, since he's the one playing most against type. The one I'm most wary of is Vartan's, since he's got some work to do to convince me he's got enough substance to be a master of the universe. And honestly, would it have killed the casting director to have gone non-white with one of the four leads? Seriously, was Blair Underwood so busy? Sigh. Though their parts lacked any shading at all, I liked both Nia Long and Jessica Collins, as the only females with extended screentime.
Desire to Watch Again: Actual desire? Very low. Coming out of the pilot, I didn't care where any of the ongoing threads were headed. Realistic chance I'll watch again? Nearly 100 percent. It's on after "Grey's Anatomy," so I'm bound to give it a second chance.

Show: "Dirty Sexy Money" (ABC Drama)
The Pitch: "Great Expectations" meets "The Magnificent Ambersons"? Too high culture. "Igby Grows Up"? Too indie. "Representin' the Hiltons"? Too potentially litigious. But something like that.
Quick Response: "Big Shots" operates under the theory that even the fabulously wealthy have the same problems as the rest of us, a contention that doesn't amuse me in the least. If I have to spend an hour a week with the rich and powerful, I want them to have proportionately absurd problems. That's just the way it should go. That's why I like "Dirty Sexy Money" so much more than "Big Shots." It's a tawdry New York-set soap opera with a goofy prestige cast. Give me Donald Sutherland with a moustache, Peter Krause doing his "Six Feet Under" thing, William Baldwin gradually morphing into Alec and that's a good start. Throw in Glenn Fitzgerald going deliriously over-the-top as a less-than-holy priest, Samaire Armstrong doing and not-so-veiled Paris Hilton impression and Dakota Fanning's slightly-more-human sister and I'm ready to commit. Actually, I could do without Armstrong, whose Paris is shrieky and shrill. And I don't really need the murder mystery that's plunked down at the end just to give a serialized aspect. I just like the idea of a good man selling his soul to the Devil, as long as Satan is Donald Sutherland with a Moustache. So far, I'm also good with the Greg Berlanti-fication of ABC, a syndrome that has me watching every episode with only one question in mind: Who's gonna turn out to be gay?!?!?
Desire to Watch Again: Medium-to-strong 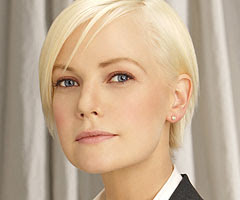 Show: "Women's Murder Club" (ABC Drama)
The Pitch: Nancy Drew and the Drewettes -- "Sisters are solvin' crimes for themselves"
Quick Response: I've now heard two or three people express disappointment that "Women's Murder Club" isn't about a group of women who commit murders. It isn't. But I'd watch that show. There are random intriguing things about "Women's Murder Club," though, as I look on the IMDB. The non-writing exec producers, for example, include James Patterson (this is based on his book), Joe Simpson (Jessica's dad) and "On the Lot" guest judge Brett Ratner. Oscar-winning cinematographer Dante Spinotti is credited with some photography, which is also peculiar. But oddest of all: "Women's Murder Club" is the only one of these three ABC dramas not to feature a tranny and it's the one set in San Francisco. Seriously, though, I didn't mind the pilot for "Women's Murder Club," but I doubt I'd ever watch it again. For one thing, I'm happy to see Angie Harmon in a better vehicle than "Inconceivable." I'm also pleased to see Laura Harris in a regular TV role, even if she'd being denied the opportunity to use her fabulous comic timing and if her jaunty haircut is a bit too Peter Pan for me. It's also a diverse cast without the sense of forced diversity. Plus there are several male guest stars in the pilot -- Matthew Davis and Robert Patrick -- who could yield worthwhile dynamics if they recur. But am I the only one who reckons that there's something fairly unethical and collusive about the way these ladies are solving crimes? And did this show really need an ongoing murder mystery as a background case? In any case, I'm not the target demo here, so I'll just let this one be. I'd still be happier if Laura Harris had a role on "Pushing Daisies."
Desire to Watch Again: Love [EDITED: Should probably be "Low"], but if I had a slow Friday night (no jokes from the peanut gallery), I might watch another episode.