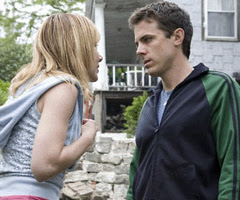 "Gone Baby Gone"
Director: Ben Affleck
Fien Print Rating (Out of 100): 70 (but I've gone higher and lower in my mind)
In a Nutshell: Regular readers know that I teased y'all back in July after seeing "Gone Baby Gone." I was supposed to interview Ben Affleck for Filter, but then that didn't happen (I'll forgive you someday, Ben), but I didn't wanna jump the gun by discussing a movie that wouldn't be out until October.

Now, of course, the industry trade papers have jumped the gun (they're all-powerful and get to do that) and while Variety was quite positive, The Hollywood Reporter critic spewed all over himself, saying "[I]t's going to be remembered as one of the best crime movies of this decade."

The thing that's prompting me to write is that my own feelings about the movie were inextricably tied to my affection for Dennis Lehane's Kenzie-Gennaro mysteries, while neither critic for either trade publication seemed to have read the books. I'm not insulting either of 'em, just explaining how their reactions were fundamentally different from mine.

So here's what I'm gonna do. After the bump, I'm gonna give a very basic not-quite-review of the movie, giving NOTHING away. Just a few things I liked, a few things I didn't. Then, after the proper spoiler space, I'm going to do a little bit of comparing of the book to the movie, particularly the fundamental ways in which the movie didn't succeed for me, in regards to the book.

The most important thing to know about "Gone Baby Gone" is that if you didn't know it was directed by Ben Affleck, you would never know from watching it. That is to say that "Gone Baby Gone" doesn't feel like the work of a first-time director, nor does it feel like the work of an actor whose greatest asset over the years has been his glibness and gift for aware self-analysis. Despite narrative sloppiness, mostly in the adaptation process, "Gone Baby Gone" is a somber (a word likely to be attached to "Gone" as much as "twee" is to "Pushing Daisies) and mature film, a project full of great performance, authentic local color and the kind of moral pulse that you don't see very often in Hollywood films. "Gone Baby Gone" has things on its mind.

Casey Affleck is an odd choice for the lead role, but he contributes just enough assertiveness when required that he carries the film. The supporting cast is sterling, though nearly all of the South Boston accents waver erratically. Standouts include Amy Ryan, Titus Welliver, the welcome return of John Ashton and the always reliable Morgan Freeman. The obvious Oscar bait, to my mind, is Ed Harris, whose Remy Brousard is all exposed nerve endings, an ultra-intense man whose loyalties and ethical codes are entirely unique. Michelle Monaghan is disappointingly wasted as Angie Gennaro, but more on that in a bit.

[AMMENDED: My apologies. In listing the actors who made the greatest impressions in this fine cast, I totally forgot to mention Michael K. Williams. Now, you might think that the fact that I forgot to mention him meant that OMAR didn't leave an impression. That would be false. He passes through the background in one early shot and then you have to wait another 45 minutes for him to return, but he's every bit as searing and striking as fans of "The Wire" could hope for. I don't know what's going to happen to Williams' career after "The Wire" is over.]

"Gone Baby Gone" tip-toes around a number of familiar genre cliches and most avoids the worst, though familiarity sets in at certain points, particularly when the decisions made by individual characters become increasingly murky.

[OK. Spoiler time. Or maybe not. I'm not going to discuss anything in the movie in ultra-explicit form, but I'm going to compare Lehane's novel to Affleck's movie and so reading from here may tell you more than you want to know. You've been warned.]

I don't know why Affleck decided to begin a possible Kenzie-Gennaro film franchise with the middle book in the series. Because the ongoing serial plotlines are minimal, it might be an exaggeration to compare it to starting a "Lord of the Rings" franchise with "The Two Towers," but to my mind it's close. "Gone Baby Gone" finds the main characters in a very specific point in their relationship and if you don't understand how they arrived at where they were when they start to book (or movie) it's really hard to understand the choices they make by the end. It really *is* a journey, a journey that Affleck and co-writer Aaron Stockard have mostly skipped.

"Gone Baby Gone," remarkably, isn't the darkest of the five Kenzie-Gennaro novels, but it may be the most somber, the one that carries the most gravity. Certainly its villains are the most human. It still retains plenty of humor, the fabulous banter between characters that Affleck and Stockard have mostly removed, perhaps because it didn't fit with the tone of the movie they crafted.

The person who suffers most, without any question, is Gennaro. I LOVED the casting of Michelle Monahan in this role, but I never would have guessed how how little the actress would get to show off that brassy, sexy spark that she brought to "Kiss Kiss Bang Bang." Because Kenzie and Gennaro begin "Gone Baby Gone" already in a relationship, you miss out on the two books of flirtation, the 20 years of accumulated sexual tension. You also lose out, unfortunately, on any sense that this is an equal partnership. The case in "Gone Baby Gone" involves an abducted child and in the movie, Gennaro's reaction verges on gender stereotype. She makes a choice by the end of the movie that doesn't make a lick of sense, nor does it have any gravity because of the overall lack of equality on-screen. If you've read the book and you know about Gennaro's past -- her bloodlines in organized crime, her abusive ex-husband, her time with Kenzie -- it makes sense and it couldn't be more serious. Affleck didn't have time for Gennaro's full arc and Monaghan's performance and the weight of the film suffer. If "Gone Baby Gone" is successful, I'd love to see Affleck tackle another one of the books, this time bringing back the real Angie, letting Monaghan loose.

The will disappoint fans of the book. Fans of the books will also be confused by Casey Affleck's Kenzie, because it isn't close to the character in the book. Lehane's Kenzie, is very much a product of his upbringing, not necessarily the biggest man or the toughest man or the smartest man, but a man who invites danger with his mouth, his fists and his gun. By the end of the books, his entire body is a road-map of scars acquired in the line of duty. It's harder to tell how Casey Affleck's Kenzie is a product of his neighborhood and there's no trace of the book's fast-talking, charismatic, trouble-seeking Kenzie. Instead, it's a Casey Affleck character, albeit the most aggressive the actor has ever played. This Kenzie is withdrawn, introspective and reserved. When pushed against a wall, though, he fights back and those moments were my favorite in the movie. I liked the hints that if it had been required, Casey Affleck could have played the book's Kenzie, but his brother wanted to take things a different direction. Once I got over those reservations, I mostly accepted and enjoyed what Casey did.

The change fans of the book will find hardest to forgive is the near-elimination of Bubba Rogowski, probably Lehane's most beloved supporting character. Lehane's Bubba is a hulking "Soldier of Fortune"-style mercenary, a sociopath who terrifies the very worst criminals in Boston, but remains fiercely loyal to Kenzie and Gennaro because of past kindnesses. I defy anybody coming to "Gone Baby Gone" without knowledge of the books to even tell me who Bubba was. Yes, there's a character named "Bubba" in the movie, but there's barely a shred of Lehane's character. I'd honestly have preferred if the character had been eliminated entirely than to see him shrunken and unremarkable in this manner.

I could probably go on. But I won't. It turns out that I actually didn't give anything away in that spoiler section. Good for me!