Evil Triumphs on "Big Brother" (plus thoughts on "Weeds" and "Californication") 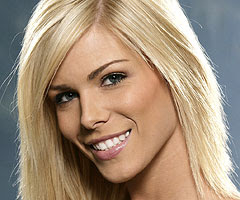 I doubt I'll be the only person paraphrasing from "Spaceballs" when discussing tonight's key "Big Brother" Power of Veto competition and the resulting Final Three for this season.

"So, Zach, now you see that evil will always triumph because good is dumb."

I didn't like the Danato Alliance of name-dropping, spitting, maniacal, appropriately nicknamed Evil Dick and his bubbly, skeletal daughter Daniele, but once crazy (and crazy-hot) Jen was eliminated and sympathetically scheming and Semitic Eric got squeezed, I really had no choice. Root for personality-free uber-Christian Jameka, whose challenge performances and strategy were less-than-existent? Nah. And how could you root for Zach, a lunkhead who reminds me of nobody so much as Moose from the classic Archie comic series. Zach's rant last week about how unfair it's been that the Danatos have dominated this season was the sort of hypocritical behavior I most detest in reality show contestants. If you are going to waste your entire summer looking like moron on national TV, it's best not to turn around and whine about people who actually contributed to their own success or failure in said game.

I'd like for Zach to go next, because I want to see father and daughter turn on each other for the big prize. I think the summer in isolation has been good for Daniele, whose boney physique initially disgusted me. She's cheated and lied and played both ends against the middle, but I think I'd rather see her win than the alternatives. Oh and I look forward to seeing how Jessica, Eric's shiksa boobie prize, reacts to the America's Player revelation.

I know. Rambling about "Big Brother" isn't very intellectually substantive. Click through after the bump for my thoughts on this week's "Weeds" and on "Californication," which I'm finally caught up on. 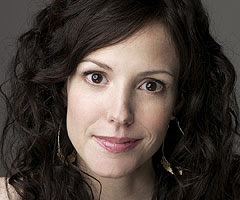 "Weeds" -- I'd been recapping "Weeds" over on the Zap2it blog, but people hadn't been commenting, so I took a week off. I'll be blogging there again next week when Mary-Kate Olsen makes her first twinless co-starring role. Can't wait!

This week's episode was the funniest in weeks and it continued the season's thematic push towards reinvention. The episode's title, "Bill Sussman," reflected Andy's temporary alter-ego as he fled from the US army, plus we got to see Silas claim a new pusher name, "Judah" after his father. In both cases the new names were also reclamations of the characters' Jewish identities, however subtle. The episode's only reference to Judaism was the season's most hilarious exchange to date, in which the woman from the Absolute Truth Ministry inquired about Shane's father's Jewish heritage and Nancy replied that he was.

Absolute Truth Woman: "Did he pass?"
Nancy: "Most people thought he was Italian."

Brilliant, if you happen to get a kick out of assimilation humor. I do.

Nancy didn't reinvent herself, but she claimed to find herself, as she cleaned Marvin's blood off the backseat of her Prius (a not-so-subtle "Pulp Fiction" reference).

"I think I am OK," she told Andy. "I mean, stuff keeps piling on, piling on, piling on and while tomorrow's another day, I'm pretty sure something even more heinous is gonna happen to me, because that just seems to be the way it rolls. I really think I'm finding myself."

Other highlights from the episode included the Agrestic Eco-Warrior stumping for the Santacitos Dirt Shrew, U-Turn electing to buy a fleet of Priuses for his whole crew ("They're real quiet. Good for sneaking up on mutherfuckas."), WWVMD (What Would Vic Mackey Do?) and the military man's warning that Andy shouldn't go around blabbing about poor Rodriguez's demise last week ("You were never at Ft. Irwin and the only man named Rodriguez you know is some asshole on the Yankees, thinks he's better than Graig Nettles.").

"Californication" -- Why am I still watching "Californication"? It's glibly profane, shamelessly derivative, predictably plotted and entirely unrealistic when it comes to the sex appeal of Los Angeles-based bloggers. The show has, in fact, gotten worse since David Duchovny's Hank started blogging, because it's forced a badly written voice-over onto the show, over-explaining each week's theme with all of the wisdom I expect from Dr. Meredith Grey. Hank's blog is to "Californication" as the comedy sketches were to "Studio 60." I feel particularly bad for Evan Handler and Rachel Miner, caught in a subplot that's been lifted wholesale from "Secretary."

The best reason for watching is the random, unexpected nudity from people like Paula Marshall and the little girl from "The Nanny." Some of the performances aren't bad, with Duchovny treating his new incarnation as a sitcom star with the proper level of bemusement, but one of the actresses I most enjoyed, Amy Price-Francis, appears to be done with her run. Even with "Weeds" in the midst of a somewhat bumpy season, it still exposes the shallowness of "Californication" on a weekly basis.

[And now, back to Showtime's Big Brother After Dark feed, where the last Head of Household competition is down to Zach and Evil Dick, who are standing in a fake rainstorm swearing at each other.]
Tweet