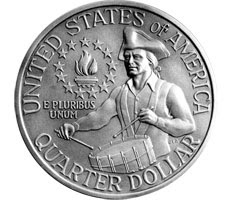 At Ralphs on my way home from a late day at work (maybe later I'll get to a review of either "Michael Clayton" [I can't seem to review George Clooney movies, since "Ocean's Thirteen" went unremarked upon this summer since my reaction of "Meh" couldn't really be expanded to 500 words] or "Margot at the Wedding," which I saw this morning to interview Noah Baumbach [smart guy, maybe too smart] for Filter). I'm grabbing a sandwich from their deli. Turkey. Cheese. Mustard. Mayo. Tomato, just for luck.

Going through the check-out line. In front of me is an absurd looking woman -- short, well-along in pregnancy, wearing a low-cut top exposing her fake breast, skin leathery from a fake tan, could have been any age. Well, maybe not any age. She looks used up. Formerly cute. She gets carded. Strikes me as odd, both that she's purchasing alcohol in her delicate condition, but also that the register guy could have guessed her under 21. I'd have put her age closer to 35. We're both wrong.

The guy at the register looks over her ID. Perhaps a picture of a dewier, cuter, less baked woman. He comments, "Oh, a bicentennial baby!"

I don't know why he repeats it. No light goes on in her eyes. He'd have better luck reaching over, taking her head in his hands and shaking. But she giggles supportively.

The cashier doesn't look like he has vivid memories of 1976 either. Maybe when I get to the register, I'll card him. Equally pointless.

"That was the bicentennial."

He doesn't know what to say to that. Would it be insulting if he adds "...of The United States" or "That means its 200th birthday." What is he hoping for? "Hells yeah! Us '76ers gonna roll!" Or "Ah yes. Breast feeding. Good times."

These are the people reproducing in the City of Angels.