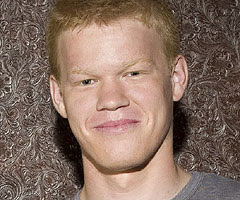 The bloom, as you may have heard, is off the USC rose, or maybe "Rose" (as in "Bowl," rather than should-be-a-Hall-of-Famer "Pete"). That's how I come to be sitting on my own couch on this Saturday afternoon watching the USC football game with my laptop on the part of my anatomy for which it's allegedly designed, rather than with amigos (my peeps, my crew, my homies, my posse) watching the game with an alcoholic beverage.

On the bright side, it cuts down on the amount of interruption caused by the game, interruption to a thrilling afternoon of DVR emptying. I've made it through the past three weeks of -- heaven help me -- "Moonlight," leaving me with time to catch up on "Cane" and "Life" a bit later. That, though, is for another blog post.

This blog post? About last night's episode of "Friday Night Lights," which I only got around to watching this afternoon thanks to collapsing into an exhausted heap fairly early last night.

The nutshell review: Parts of last night's episode came as close to feeling like the "Friday Night Lights" of old since the season premiere. Or maybe "since Landry became an unrepentant killing machine."

I'll go into more detail after the bump.

For a generally rapturous take on the episode check out murderous Landry apologist (but otherwise smart guy) Scott Tobias over at The Onion.

For a take that's an awful lot like mine (as per our contractual agreement), you can always check out Sepinwall's take.

Does anybody remember Bobby Reyes? I didn't think so. I like referencing Bobby Reyes, because he was the only defensive player ever to suit up and get dialogue for the Dillon Panthers. Bobby was a great player, but he was kicked off the football team because he beat up a student, a student who mouthed off with great hostility about the football team and the team's privilege within the Dillon community.

Now I ask you: When Bobby Reyes went down, who could possibly have guessed that despite not having a defense, the Panthers could still win the state championship that same season? And, even more improbably, who'd have guessed that the nerdy student Bobby beat up would, just one year later, be the star of the Dillon team?

The evolution of Landry Clark, from anti-football nerd and outcast to local legend happened so fast that even the announcers of for the Dillon football team didn't have time to learn his last name. Did everybody notice that during Friday's episode, the Dillon play callers knew Matt as "Saracen," Smash as "Smash" and Landry Clark? He was just Landry, both when the announcers said his name and when the Dillon crowd started chanting his name after their victory. After all, what high school football crowd wouldn't start chanting the name of a player whose contribution to the climactic game winning drive was... picking up a dubious pass interference call on the game's penultimate play. "Landy! Landry! Landry!" Way to be interfered with!

Realistically, that made every bit as much sense as Coach Taylor deciding to call a passing play to a tight end without a single game-time catch ever on the biggest play of the season (unless that was a call Saracen made himself, which makes still less sense that after having been benched for the entire game he'd go off the reservation on his first play). But since when was Landry a tight end anyway? We saw him make a catch during a reverse squad (defense playing offense and visa versa), which suggests he had previously been practicing on defense. But suddenly he's a tight end, getting into the game, getting the final play called for him? It's amazing what you get for standing up at half-time and making a speech that perfectly explains the important lesson coach was trying to teach all week.

Let's just say that all season long, I've had a much easier time believing Landry as a Tyra-banging killer than accepting him as a productive member of the Dillon Panthers.

[Side note: Bobby Reyes wasn't just the last speaking character to play defense for the Dillon Panthers. He was also the last Latino. A quick glance at the website for the Permian Panthers lets me know that roughly a third of the players on the team that inspired Dillon have Hispanic sur-names, which makes sense, given the geography. We made a big deal last season about Assistant Coach Mac's problems with black players, but is anybody planning on protesting against Coach Taylor's failings when it comes to fielding a team that represents the ethnic make-up of the Dillon community?]

Honestly, though, that's all I have to say about Landry. Sepinwall goes into some depth on his frustrations involving that subplot. So I'll leave it to him. Except for to ask why nobody's thinking of poor Crucifictorious in the midst of this whole thing. Poor not-quite-Stigmatilingus.

I'm just going to talk about what worked and what didn't work in this week's episode: