Yesterday I celebrated the modest virtues of "Life," a show that I hope manages to survive the potentially industry crushing chaos of the Writers Guild strike.

Whoops. Sorry. That just slips out sometimes when I'm thinking about the strike.

In any case, last night's "Life" drew only 6.9 million viewers, but that was actually an improvement over the 6.3 million viewers who tuned in for "Bionic Woman," a show that would absolutely have been put out of its misery if it weren't for the strike. Instead, "Bionic Woman" continues to limp along, just like "Journeyman" and "Cane" and "Cavemen" and "Carpoolers" and "Big Shots" and several other shows that would have been carrion picked over by the online vultures except that network executives are fearful of letting go of one iota of their remaining scripted programming treasure. It isn't too late to burn off "Viva Laughlin," CBS! Half a dozen people would thank you for it!

Anyway, I'm getting off track. I already talked about last night's "Life." There's plenty of other Wednesday TV I didn't get to, though.

Follow through after the bump for my thoughts on the shocking turns of events on "Bionic Woman," "Gossip Girl," "Pushing Daisies" and even, yes, "Kid Nation."

[Oh and this will naturally include oodles of spoilers. Be warned.]

"Kid Nation" -- ELECTION MADNESS! Sure, we all could have foreseen Greg challenging Anjay for Blue power and DK's gonna thump Guylan in the Red election and even Blaine trying to wrestle control of Yellow from Zach was predictable, but who could have imagined floppy-haired Michael deciding to take down Laurel for Green? Whoa! Wait. What am I saying? You don't care. Or, if you do, head over to Zap2it to check out my more exhaustive recap.

"Gossip Girl" -- SEX MADNESS! OMG. I like totally can't believe that Chuck and Blair did it! No, not *that* Chuck (Bartowski, from that other Josh Schwartz show)! And no, not *that* Blair (Warner, from "The Facts of Life")! Whatever happened to saving your Special Treasure for Nate?!?!? And in the back of a limo? How very Sean Young and Kevin Costner in "No Way Out," Blair!

OK. Done with that. I liked this week's episode, but I agree with at least one devoted fan that there's no way Blair would have thrown herself a big birthday bash featuring Guitar Hero and sushi. Seriously, Blair and hand rolls? That's not her kind of party. As inappropriate small screen birthday bashes go, Blair's party was almost (but not quite) as bad as Jason Street spending his 19th birthday in a wheelchair watching Jason Street run for touchdowns on old game film.

"Bionic Woman" -- ASSASSINATION MADNESS! It was only a couple months ago that Isaiah Washington was talking to the New York Post about how he hoped that if "Bionic Woman" was a major smash, NBC might build a spinoff around his character. That's 0-2 man, you're as bad as A-Rod in the post-season! And Isaiah, why do you think writer-producers get such pleasure out of aiming firearms at you? Just curious.

In case you didn't watch (and don't care about being spoiled), Washington's Antonio was last seen flatlining in an ambulance after being shot in the gut by some chica he used to date back when he was stationed in Fictional African Nation #3245. It's always possible that he could be brought back to life, but he may still have a tremor in his hand and everybody knows that life isn't worth living if you're a government operative and you have a tremor in your hand. Wait. Was that another series? When we look back at Isaiah Washington's five-episode run on "Bionic Woman" are we going to remember anything other than Steve McPherson calling Ben Silverman a moron for rushing to cast the soiled star so soon? He was never bad on "Bionic Woman," but other than a certain amount of authority, he added little.

While Zap2it's dedicated "Bionic" blogger Ryan was a big fan of this week's episode, I have to disagree. After several weeks dedicated to lightening the tone -- a process I've referred to as its "Chuck"-fication -- this week's episode was ultra-serious and ultra-boring. With "Bionic Woman," whenever something like this happens, we just assume it means they changed showrunners again and perhaps this episode marked the moment at which Jason Katims left and went back to "Friday Night Lights"? Dunno. In any case, if you downplay the humor and don't let Michelle Ryan speak with a British accent and expect me to care about Isaiah Washington's fate and can't even throw in a Katee Sackhoff appearance? Well, let's just say my attention wanes.

Also, the show's cold open -- Jamie converses on her iPhone with her new boyfriend, has to drop the romantic talk to collect a suitcase and outrun a Ford Focus and then returns to a conversation with a wrecked car in the background -- was as big a storytelling rip-off from "Buffy" as I can recall. Lame. 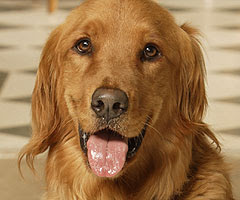 "Pushing Daisies" -- TWEE MADNESS! Coll-A-Dor-Russell-A-Poo ("The perfect hybrid of collie, Labrador retriever, Jack Russell terrier and poodle -- Smart, loyal, athletic and hypo-allergenic"). Do I need to say any more? Perhaps I could mention that thanks to "Life," "Pushing Daisies" only had the evening's second most interesting polygamy subplot.

This was probably my least favorite "Pushing Daisies" episode of the season. The always dizzying dialogue kept whizzing by, but the episode also contained a slew of visual references (Hitchcock in particular, with "Psycho" and "Spellbound" being the most obvious) and I was just left exhausted by the end. Moreso than usual. Still, a treasure-trove of smart dialogue and quips.

Ned (on concealing his kiss with Olive): "The only reason I didn't tell you is because it didn't mean anything. Lots of stuff happens in the course of a day that I don't bother sharing. For instance, yesterday's four-berry pie was actually three-and-a-half because I ran out of cranberries. I didn't tell you that."
Chuck: "Actually you did. You asked if orange counted as a berry. I said it didn't, but nobody had to know but us."

Emmerson (on love):"Some women love like gangstas. They be like 'Oooh Baby, you bleedin'. How that happen?' while they hidin' a razor in their weave."

Chuck: "You're taking money from blind children?"
Emmerson: "I suppose I could pay my bills with blind kids' smiles, but they money is a lot easier."

Baby Zebra Wife: "Everybody's been really nice. It's not at all like those prison exploitation films."
Chuck: "So you don't need cigarettes or alcohol or the right moisturizer to use as currency?"

OK. Fine. Throw in Olive in a Chuck Flesh Suit, Emmerson spitting out the squeaky toy ball-gag, Pret a Poochy and the return of Claymation and I guess there was plenty in the episode to enjoy.

Now can somebody tell me how I got the theme to "Pan's Labyrinth" stuck in my head today?