Stripping players, but no football on 'Friday Night Lights' 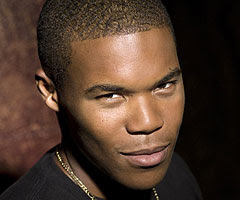 Oh us pesky critics and our "Friday Night Lights" nit-picking! We get all frustrating and up-in-arms about Landry killing an unarmed man, dumping the body and then incinerating evidence with his police officer father. And then we get an episode without any meaningful time wasted on Killer Landry and his Unfortunate Killing Ways and we're about to complain about that, too! Those poor "Friday Night Lights" producers! How are they supposed to deal with the mixed signals?

What I do know is that stumbling through six episodes of Killer Landry drama was a problem, but spending an episode trying to ignore Killer Landry entirely and concentrating on poorly unified other things just felt like an example of ignoring the elephant in the corner of the room.

Last season, when "FNL" was perhaps the finest show on network TV, the producers told anybody who would listen that the show wasn't about football. That was a lie, because the ebb and flow of the football season was tied directly to the emotional journey that all of the characters were going through. What happened on the football field drove what happened in their lives and what happened in their lives drove what happened on the football field. Even in the episodes that didn't feature a second of game action, the dramatic tension came from the community and its expectations for the Dillon Panthers. It was unifying and the football made the non-football stuff better and vice versa.

This season, indeed, "Friday Night Lights" really isn't about football, but watching on Friday (Nov. 16), I'm not quite sure what it is about.

More discussion, with spoilers, after the bump. It's just the usual ranting and raving, albeit episode-specific.

This week's episode didn't leave me cringing in the way that "Bad Ideas" and "Are You Ready for Friday Night" did. But it also didn't leave me with the sense of optimism I got from "Let's Get It On" and parts of "How Did I Get Here." I just felt like a lot of balls were thrown in the air and I don't know which I care about. One thing I do know: None of them have anything to do with how the Dillon Panthers football season is progressing.