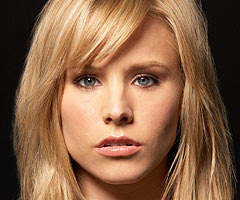 It was back in July that the Television Critics Association voted "Heroes" as its Program of the Year, the key award we present annually. Me, I voted for Spike Lee's "When the Levees Broke," though "The Wire" would have been a worthy alternative.

The problems with giving such a relatively prestigious honor to a new show are becoming increasingly evident with each episode of "Heroes," which has followed up its nimble and intriguing first season with a second season that has, thus far, been nothing short of a plodding mess.

When it comes to "Heroes," I'm not yet at the point where I'm ready to drop out entirely, but after Monday (Oct. 29) night's episode, I'm left wondering how a show that did so many right things its first season has made so many poor choices so fast. Throw in a similar poor judgment spiral on "Friday Night Lights" and somebody -- certainly not me -- might begin to wonder about the quality of notes percolating down from the new creative administration at NBC. I'd be worried about "30 Rock" too, except that the scene of Alec Baldwin at the therapist's office last week was the funniest television scene since... I dunno when.

Follow through after the bump for the usual ramblings.

So what has gone wrong with "Heroes"?

You start all over again... In my rant about my "FNL" disappointment, I reflected on who the nine-month gap between the events of the first season and the events of the second season had allowed the writers to basically throw out all of the character growth from the first season, returning to the original unevolved archetypes. "Heroes," unfortunately, did something similar. When "Heroes" began, it was about all of these characters, in disparate locations, coming to understand their special gifts and ultimately come together and save the world. After doing that, though, everybody scattered again. Yes, Matt and Mohinder are living in sin together, raising a small superpowered girl. But otherwise, for the most part, the character were all sent spinning off in their own directions. The problem: If you assemble your heroes in three or four heroic clumps, it allows you to follow those three or four narrative strains on a week-to-week basis. As it is now, the writers are stuck juggling a dozen plotlines that will eventually have to come together again, which is why you can go weeks without Niki or Hiro or Parkman, which is either bad if you love those characters, or an unfair tease if you happen to hate them. They've made no storytelling progress, only regression. Plus, since most of the characters got to know their powers last season, we've had to meet five or six new heroes and reexperience that "Getting to know me/ Getting to know all about me..." process all over again. Plus, somebody must have told the producers that Milo Ventimiglia is especially good at furrowing his brow in confusion, because they wiped his memory and he's rediscovering everything all over again. So if everything that's happened feels like a drag, it's because you've seen it all before. It doesn't help that the "Heroes" lead-in, "Chuck," is a fast-paced TV souffle.

Mo' characters, mo' problems... One week you introduce Veronica Mars as a spark-spitting killer with daddy issues and feed into the wet dreams of geeks everywhere and then she's gone? That's not maintaining momentum. Who, exactly, has been enthralled by Copycat N'awlins Girl or the Ying Yang Twins? Much less Claire's Flying Prick of a Boyfriend? We get it. He's gonna be evil. And since the revelation that the Great Hero Kensei is actually a drunk Brit played by an American speaking broken Japanese with a British accent, has anybody cared for a second about anything happening back in the Japanese past? I can't be the only person who lets loose an audible grown each and every time Ando shows up and starts reading a scroll.

You start all over again, Part II... The big reveal at the end of Monday's episode was that Peter found himself standing in the middle of Time Square looking at New York City in ruins. AGAIN! Yes, we're well aware that Manhattan in ruins is a haunting image, that it conjures up subconscious post-9/11 fears and therefore it's a potent narrative shortcut. Why not go a different direction? Why not Fake Paris in ruins? Or Fake Moscow? Or why not find a threat to humanity that can't be easily encapsulated with a single short of a depopulated urban area? I mean, it's not like ANYBODY liked the way New York City was ultimately saved last season. Why not distance yourself that dud of a finale?

But speaking of Fake Paris and Fake Moscow... If you can't go to foreign locations, maybe you shouldn't go to foreign locations. The special effects last season were always hit and miss. Sometimes the superpowers would manifest themselves in awesome ways and other times I'd yearn for the sophisticated effects of, say, "Smallville." Since the superpowers have been generally deprioritized this season -- mostly mental stuff, blackening eyes and cheesy electrical sparks -- most of the FX has been poured into... I don't know what. Most of last season's plots took place in domestic locations, Las Vegas or New York or Texas, locations that could be easily replicated in the environs around LA. This year, in an effort to expand the story, I suppose, we've been treated to Mexico, Ireland, Feudal Japan and, in the past couple weeks Fauxdessa and Mock-treal. That has mostly meant cheap sets and flat, inept green screen work. When Peter and his Irish Rose got to Mock-real last night, I think they may have been standing in front of a matte painting, while Hiro's Japanese Adventure feels like it's all been shot in the same green corner of Griffith Park. Potentially Intriguing Supposition: What if, at some point during sweeps, it's revealed that the characters who have been stuck on soundstages this season, have all just been bouncing around in a virtual world in the mind of Molly or the Haitian or somebody else with amazing mental gifts. I prefer the idea of Molly being the intellectual fabricator of the season. A young girl wouldn't know what Ireland or New Orleans or Feudal Japan or Montreal would look like, so she would invent them in the broadest and flattest of terms. If the answer isn't that, there's no excuse.

Adrian Pasdar shaved his beard... My man-crush on Adrian Pasdar's bear [EDIT: Or, well, his "beard"] is well established. Then he shaved it. In the end, it served no purpose. He was drunk and depressed, so he grew a beard? And then his kids didn't like it, so he shaved it? For that they made Pasdar look like a hobo for four months? What a waste.