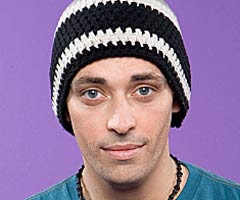 If the American People were a beacon of generosity last Wednesday, helping raise Idol Gives Back to $70 million in donations, they looked like paragons of common sense this week. With not one, but two chances to get the "American Idol" vote wrong (and two weeks worth of votes to make predictions all the more complicated, America just got it right this week. No controversy. No nothing. Chris Richardson and Phil Stacey were the two weakest contestants on the show and thus they were eliminated.

What's the fun in that? While I did, indeed, correctly pick Phil and Chris as being this week's bootees, I kidded to Sepinwall this afternoon that Melinda and Jordin would probably be shocking losers. After all, Jordin butchered her song on Jon Bon Jovi Night and people who hate music find Melinda to be boring. Instead, they stayed. And LaKisha stayed, which is especially remarkable. She was *really* bad on Songs of Inspiration night and I'd bet her voting totals weren't good either, which means that she gained ground on Jon Bon Jovi Night, which is a true miracle. Two white guys with allegedly country chops couldn't handle Bon Jovi, but the big-boned (and big-skinned and muscled and fatted) belter survived? Go figure. So much for those silly conspiracy theorists on Internet message boards who accused the producers of scheduling this week's theme to benefit the white men.

We're down to the Top 4 now and guess what? It's close to what most people would have predicted or hoped for after the Top 24 began (making the best of this season's mostly lame lot). Yes, Chris Sligh and Stephanie Edwards and even Gina Glocksen were eliminated a couple weeks ahead of expectations. And yes, Haley Scarnato's Legs and Sanjaya Malakar's Hair did a bit better than some people would have hoped.

The men this season stunk and guess what? They're all gone save one. Not for a second do I fully buy Blake Lewis' alleged brilliance as an arranger, nor do I completely understand his teenybopper appeal, but as an overall entertainer, he was the best the male side of the competition had to offer. Next year the judges will try harder to stack the deck for the men. You can count on plenty of Ace Young and Brandon Rogers-looking men making it to Hollywood next year.

And for the women? Melinda has the best voice. By miles. Even if she's occasionally been boring or robotic or excessively humble at times, she hasn't missed a note in months. The producers want Jordin to win and she's the girl you could see releasing a popular album. She's pretty, bubbly, unobnoxiously humble. She can also sing, though without anywhere near Melinda's polish. And LaKisha? Well, it's odd to have her around still (she and Stephanie *both* had Shocking Premature 6th or 7th place exits written all over them). Although "Idol" has done better than "Top Model" with plus-sized competitors, husky or flat-out-fat men have been more acceptable than ample women. I don't know what LaKisha had that Mandisa didn't except for less competition. Good for LaKisha. She's gone next week.

I already made this joke over on my Zap2it recap, but a true subversive genius would try to interpret next week's Boogie Night as Music of "Boogie Nights." If Blake does "The Touch," even *I* would vote for him.
Tweet