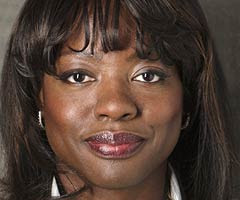 There's a rule of thumb when it comes to drama pilots: If David Nutter is directing your opening hour, your show's going to get picked up. His list of opening hours includes "Without a Trace," "Smallville" and "Roswell." That's on the positive side of the ledger. But -- and this actually *isn't* an insult -- Nutter's gifts obviously lie more with flash than with substance. His pilots are so slick and so professional that he also fooled networks into picking up "Tarzan" and "Dr. Vegas" and "Fearless," shows that probably never would have gotten a second look with a less proficient person at the helm. ABC obviously picked up "Traveler" on the strength of the Nutter-directed pilot, grabbing it for a midseason slot. After a slew of heavily serialized dramas tanked this fall, somebody at ABC probably took a look at "Traveler" and had second thoughts. First its episode order was reduced and then the show was shunted off to a summer home where it's unlikely to cause too much trouble.

True to Nutter's track record, "Traveler" -- getting a friendly one-night sampling post-"Grey's Anatomy" before vanishing for three weeks -- has ample sizzle. Shot on location in New York, the show zips along with high production values across the board. This isn't a cheap show, by any means. My Zap2it colleague Rick saw clips from the show at upfronts last spring and came away properly impressed. Then he saw the pilot and, as he says simply, it "isn't a very good show."

I'd go one step more. "Traveler" is a laughably bad show, though laughter is the best medicine and over burritos with a couple co-workers, guessing the plot twists and character contrivances was a fun game. It would have been more fun if my guesses hadn't been right every single time. "Traveler" is horribly written. The characters are identified in long bursts of expositional dialogue, including awkward getting-to-know-you scenes in which the central males declare their grad school concentrations, their family histories and their baseball rooting affiliation. Hardly a line sounds organic, as these people only talk in declarative sentences revealing exactly what they're thinking and, often, doing (I particularly loved the conversations about the road trip that this main trio is taking, in which they explain the exact symbolic purpose of the trip at least two or three times). That over-articulated dialogue extends to the script's desire to over-explain the implausibilities of its second half -- if you think something isn't believable, somebody will comment that it isn't believable and then explain why it could be possible, which actually makes everything even *less* realistic, rather than more.

The show is written as if the "innocent man caught up in extreme circumstances" story core weren't a staple of big and small screen storytelling. Thanks to everything from "The Fugitive" to a half-dozen Hitchcock films, this is a genre in which not everything needs to be freakin' over-explained. Set up your scenario and run with it!

As Rick observes in his review, there's a disconnect between the bland, interchangeably earnest and pretty white men at the center of the story -- Matthew Bomer, Aaron Stanford and Logan Marshall-Green -- and the more interested and talented character actors (favorites like William Sadler, Viola Davis and Steven Culp) on the fringes. I would much rather be able to root for Davis and Culp to take down the spoiled, snot-nosed punks, but they're currently just generic adversaries for the main eye-candy.

For my money, the only reason to watch the "Traveler" pilot is for the wonderfully unlikely sequence in which Davis -- a magnificent dramatic actress not usually known for her physical prowess -- engages in an on-foot chase through the streets of New York City, including a rooftop pursuit. That's some funny shit.

Sadly, I'd be lying if I claimed I weren't going to tune in for the second episode. I'm a sad man.
Tweet