We Have an "American Idol" winner... Let the Letdown begin... 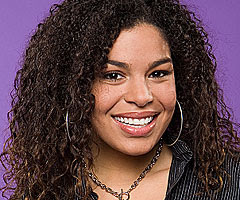 In the average season of "American Idol" I write two recaps per week for Zap2it, each running between 1200 and 1500 words (more when 12 contestants perform). I write one piece per week from the contestant exit interviews and then I do whatever supplemental writing I do for this blog. And this was my fifth sheer volume of coverage for Zap2it.

So you can imagine that at this very moment, I'm feeling a certain amount of relief. It's not like there won't still be stuff to recap, stuff to blog, but "American Idol" is a pretty exhausting five-month run each spring.

And, fittingly, Wednesday (May 23) night's "Idol" results finale ran long. It wasn't until 10:04 ET that Ryan Seacrest announced what just about everybody with a pulse was pretty confident on: Jordin Sparks was this season's "American Idol."

Jordin is a different kind of "Idol" champ. She didn't have the best voice in the competition (that'd be Melinda, by an amazing margin). She wasn't the best showperson (I guess I agree that Blake probably gets the prize there). She didn't have to overcome an iota of adversity to make it as far as she did. She wasn't Katharine McPhee-level hot, nor Taylor Hicks-level likeable. While Melinda had several jaw-dropping defining performances, Jordin didn't really have any. But three or four episodes in, Jordin became the dark horse and two or three weeks later, she was pretty much the favorite.

Even though she's won now, you still can't pinpoint what kind of album she'll record, nor can you make an educated guess on how popular she is and how well that album will sell.

She's the Immaculate Winner, the winner who won because she made the most sense. You can't feel annoyed about her winning, because she's certainly a good singer and they ended up pairing her with a noticeably inferior rival in the finale. There was no other possibility. And tonight they built a 125 minute episode around a result that everybody knew was coming.

There will be changes next season, changes that we won't see enacted, but that we'll notice when the judges unveil the Top 24. They'll be more attractive, more musically definable and the men won't stink. Will that be enough to win back the fans that she show very clearly lost this season? For a while? Absolutely. Next January dozens of TV critics will write stories references the ratings decline this season. FOX executives will nod and make concerned faces and say "Well, after six seasons, of course we expect a little erosion." Then the American people will turn out by the 35-million-plus to watch the freaks in the audition rounds. Talent will determine where things go from there.

But for now, congrats to Jordin, who didn't not deserve to win.
Tweet