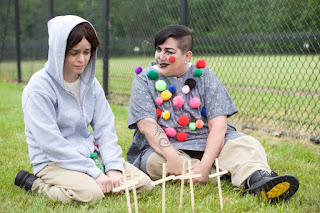 I forgot to post this here yesterday, but a new installment of The Firewall & Iceberg Podcast is up over at HitFix.

Because we lost a 30-minute segment that we recorded on Emmy nominations, our revised Emmy nomination discussion is a little bit disjointed, but it probably covers some of the necessary ground, what with the nominations going out last week and all.

We talked about the third season of "Hannibal" at the midpoint, why I think the generally superb show has stumbled a bit this summer, but why I've still appreciated it.

Since Alan finished "Orange Is The New Black" Season 3, we also chatted about the whole Netflix season, though if we forgot to talk about your favorite story arcs, I apologize.

Posted by Daniel Fienberg at 12:09 PM