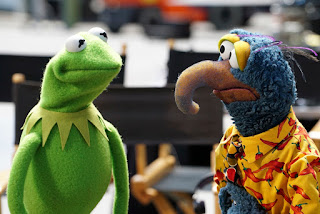 Yesterday's "Code Black" posting was the last Take Me To The Pilots entry that I was able to do for a fall network series. It was the 14th TMTTP for Fall 2015, a number that might increase before mid-September, but which will still come in far below what we normally see for the start of a new season.

In Rumsfeldian terms, I guess these 14 entries, as of today, represent the known knowns:


That's not many and if you've been following along, you have a sense of my general enthusiasm.

Then there are the known unknowns. "The Muppets" was picked up on the basis of a 10-minute presentation that ABC has already made available to the public. The CW picked up "Crazy Ex-Girlfriend" on the basis of a half-hour comedy pilot for Showtime, which has been sent to critics, but will only represent part of what actually airs in an hour-long slot this fall. I'd have to go back through my records, but I don't think I've ever don a Take Me To The Pilots on a presentation, which would be even less fair than doing a non-review on a full pilot.

If you wanted, you could include NBC's "Heroes Reborn" as a known unknown. You remember "Heroes." You know series creator Tim Kring. [I'd say "You watched USA's 'Dig,'" but you clearly didn't and you're clearly the better for it.] Leaving aside the five years that have past since "Heroes" left the air, you're going to watch either because you still loved "Heroes" when it ended or because you've been fooled by a couple sizzle reels into thinking that "Reborn" will be whichever version of the show you once liked and not the version of the show that you abandoned. Either way, with or without the pilot, we have a sense of it. NBC's "Chicago Med" is also probably a known unknown, since a nested spinoff aired in the spring, but we haven't seen any stand-alone episodes, which isn't surprising.

But then there are the unknown unknowns.

The script for FOX's "Minority Report" was touted as the jewel of the network's development and the pilot was treated the same way in the various speculative stories run by Deadline and the like. But for all of the excellence that led FOX to order "Minority Report" to series, the pilot will be significantly enough changed by the time it airs that it hasn't gotten to critics on the eve of the TCA press tour.

Ryan Murphy's "Scream Queens" was ordered last fall, went into production in mid-spring and was running promotions on FOX all spring and I *think* it even screened at Comic-Con? The pilot was not, however, sent to critics before the start of the TCA press tour.

I also tend to do Take Me To The Pilots entries for midseason shows and I'll get to those after press tour. Standard Operating Procedure is for most midseason pilots to get to critics early. We do have things like NBC's postponed "Heartbreaker," ABC's "The Family" and CBS' "Rush Hour." And The CW's "DC's Legends of Tomorrow" doesn't have anything to send out. But for any number of reasons, we don't have pilots for things like FOX's "Frankenstein Code" and "Lucifer," ABC's heavily recast "The Catch" and "Wicked City," The CW's "Containment" (which got really solid buzz after screening at Comic-Con) and a few others. NBC's "Shades of Blue" was ordered roughly 15 years ago [OK, February 2014] when it was going to star a young Oscar winner Rita Moreno [OK, fine, always Jennifer Lopez] and if we live long enough, we may see a trailer with actual footage. For now, it's an unknown unknown that we'll have been talking about for two years before it premieres.

Summer press tour is usually a good opportunity to take a holistic view of the entire TV season to come, since we've usually seen all or most of the new shows for the next nine months. We know what's getting the big early pushes. We know which midseason shows are premiering in the spring as cannon fodder and which are precious jewels behind held back to escape the fall avalanche. We can speak to trends, both thematically general and narratively specific. So we can say that a season's big trends are... ummm... Diversity and shopping montages set to Peter Bjorn And John's "Young Folks." Or whatever. We can say, "It's a great year for single-cam comedies, medical procedurals and Dick Wolf, but a bad year for husky bearded guys, musical cop shows and Jay Leno." And we're usually right.

This year, it's hard to speak holistically. My instinct, based on what I've seen, is to deem this a rather dire year for new shows, across the board. But if three or four of the unknown knowns or unknown unknowns prove to be fantastic, that opinion could shift.

You think, "Well, if the networks are holding things back, they're probably not good," but as of this time last year, for various reasons, critics didn't have pilots for "Empire" or "Last Man on Earth," two of the big network successes of midseason. We also didn't have "Weird Loners."

And stay tuned to TV Critic Twitter over the next two weeks for 10 to 15 of your favorite critics RTing the exact same quotes for nine hours per day, where every newly minted cast is like a family, every rushed episodic drama is like making a movie every week and everybody is happy with the creative contributions made by Katherine Heigl's mother.

Posted by Daniel Fienberg at 11:06 AM

Labels: Press Tour, Take Me To The Pilots